I grew up in a very old-fashioned family with clearly defined gender roles and tasks. But my parents noticed early on that I was capable of doing more. They were very supportive when I chose to study engineering – even though traditionally it’s a very male-dominated field.

I joined the military at 19, while I was in second year at Queen’s, and took that role seriously. I was very focused and just didn’t have time for a part-time job, so I didn’t work throughout university, and then I went straight into the military. I guess in some ways I never really had a first job at all.

At 23, I was posted to Germany. I was actually born in Germany, and though I still don’t speak German, I loved living there. I lived in the base quarters, which are basically dorms – small rooms with a sink and a bed. You ate in the dining room, hung out with other junior officers, made fast friends because you’re all in the same boat. This is so important in the military, because you’re all so transitory and it could otherwise get pretty lonely.

My official day job was project planning, engaging with construction and maintenance, to develop all the approvals required for funding and implementation. I was responsible for many people and a big budget. There were a lot of meetings, writing proposals and reports, figuring out what people needed, and how those needs could be met using the resources we had.

Remember, this is 1986, so computers weren’t around. There were a lot of typewriters and memos, but also travelling and physically meeting people and discussing things in person. I look fondly back on those days of forced interpersonal skills that we don’t get much in today’s society. I’m glad I built those skills up when I did, because they became the foundation of my communication and leadership style.

Those were my normal work days – but because we were in the Cold War, the Canadian military were regularly practising our readiness. We’d have four-day exercises that happened once a month or so, where they’d knock on your door in the middle of the night and you’d drop everything else to be there instead.

You weren’t really sure what any day would look like, which was kind of the point. You learned to read any situation and react in a second–nature way without hesitating. By the time I finished my three years in Germany, the Berlin Wall was about to fall, I’d gotten married, and we were posted next in Alberta.

Thirty years later, although I wouldn’t have characterized it this way at the time, the hardest part of the job was always proving myself as part of the team, equally competent, there because I belonged. Women had only recently been allowed to be military engineers, so there were women around, but few officers and almost no engineers. It took many years for me to not be the only woman in the room, but I’m glad I got to see the change. 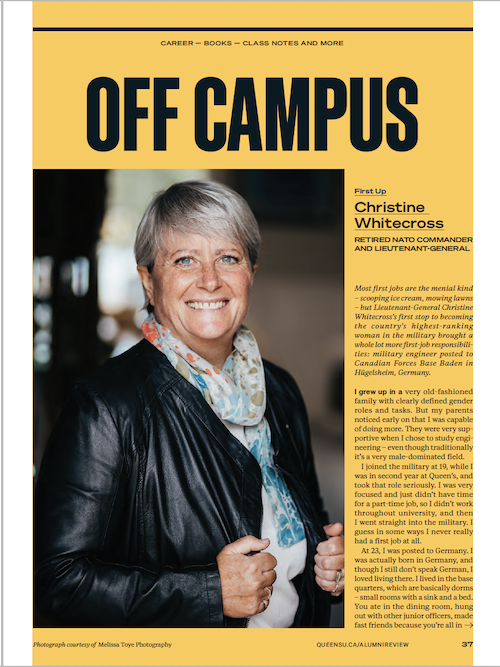 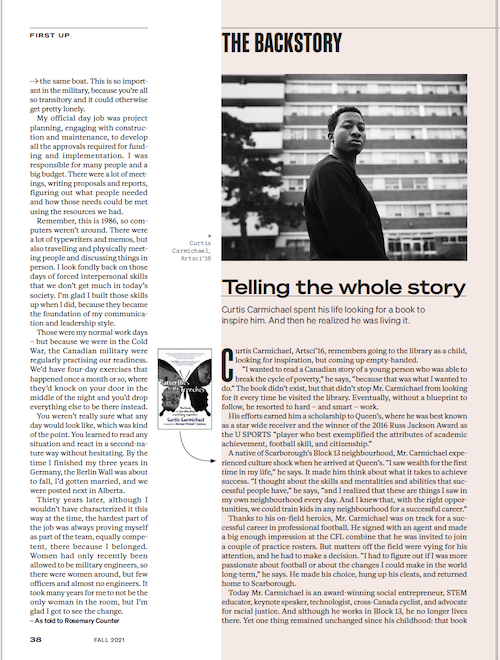