How a relatively isolated rural locale evolved into a tourist destination

Jutting into the vast waters of Lake Ontario, on the northern shore between Kingston and Oshawa, is Prince Edward County—a peninsula connected to the mainland by an isthmus so thin that the county may as well be an island. The 700 sq. km of low-lying fertile fields were a gift of goodwill from the Crown to the Loyalists following the American Revolution. Two centuries later, generations of perfecting agriculture in a relatively isolated rural locale has evolved into a gastronomic haven for foodies.

Visitors don’t just fall for Prince Edward County’s culinary charms; history and geography buffs are equally drawn to its various towns and municipalities. Among them is Picton, where Sir John A. Macdonald practised law; Consecon Village, an unassuming hub for rum running during Prohibition; and the hamlet of Carrying Place, where the Mississauga Indians signed the 1787 Gunshot Treaty, relinquishing all their westerly lands, including the city of Toronto, to the Crown.

The famous Sandbanks Provincial Park is known for its expansive sandy beaches and dunes. There is also another provincial park: Lake on the Mountain. Set 62 m higher than Lake Ontario, Lake of the Mountain overlooks the Bay of Quinte, “like a lake perched on the edge of a cliff,” says park superintendent Robin Reilly. “It’s a very strange feeling, since we typically see water as always being on the same level. It’s almost an optical illusion.”

Even stranger, the lake—called “Lake of the Gods” by the Mohawk tribe who prayed to spirits within it—seemingly has no source. Settlers were equally confused; they believed the lake to be bottomless, connected via subterranean passage to Lake Erie. Not so, says Reilly. The lake, with its clear turquoise waters, is around 33 metres deep, its surface area to depth ratio atypical, and water seeps into it through porous limestone from all around and underground—a natural water well.

The effect, Reilly says, is nature’s version of an infinity pool. “You know at a resort, you’ve got some fancy pool raised onto a deck so you’re looking down over the ocean? It’s the same.” The must-see marvel also makes for a perfect lookout over rolling fields and water for kilometres around; it’s hard to believe that the rich farmland that makes the county one of Canada’s culinary capitals is only a short drive down the road. 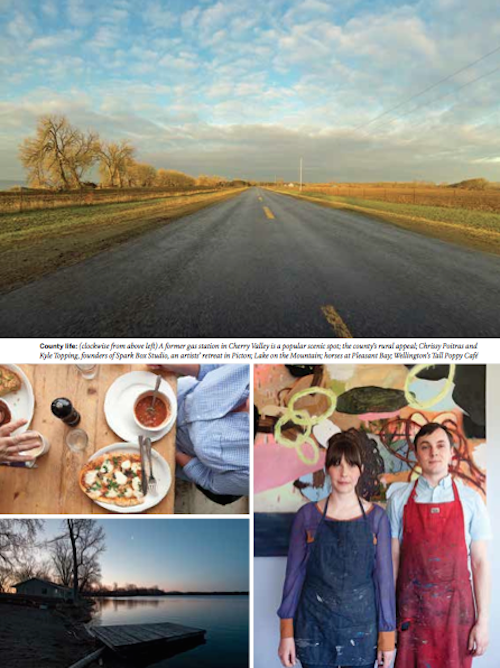 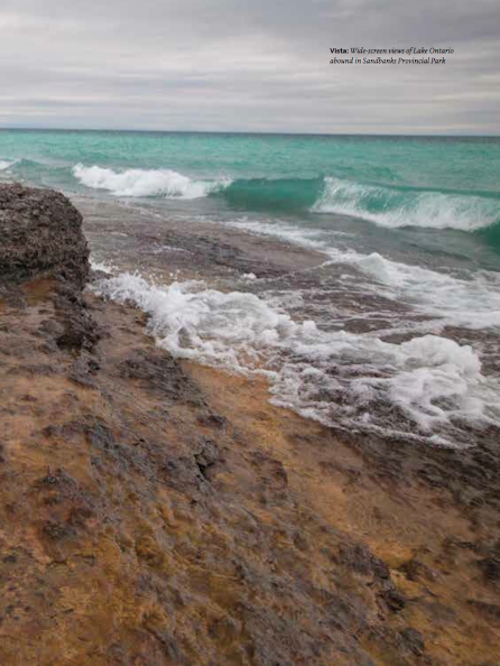