Unsurprisingly, a Q&A with the celebrated humourist about “Happy-Go-Lucky,” his new collection of essays, veers way off topic

American humour writer David Sedaris needs no introduction. After 14 bestselling essay collections – Barrel Fever, Calypso, Me Talk Pretty One Day and Let’s Explore Diabetes With Owls, to name a few – the 65-year-old award-winning author is a household name for anyone who’s ever flipped through the pages of The New Yorker. Now based in the U.K., Sedaris’s bread and-butter is a memory bank of stories from his upbringing in a Greek Orthodox family in North Carolina, where he was a gay kid with five equally funny siblings (especially his famous sister, Amy). Zoomer chatted with the witty writer from the airport in New York as he waited to board a flight to Toronto, his next stop on the book tour for his latest book, Happy-Go-Lucky, which features the spookiest clown you’ve ever seen on its cover. We started there, and then promptly veered way off topic.

Rosemary Counter: Your book’s been on my nightstand all week scaring me. The clown is looking right at me.

David Sedaris: I told my publishers that I wanted a clown on the cover and they sent me a few options of kooky clowns. I said, “No, I want a scary and disturbing one.” They sent me more kook. So I Googled “scary clown,” and this guy popped up. I said, “Here you go.” I wanted a clown, because whenever I see one, I think, “God that guy looks good!” Clowns are such good dressers. And I try to tell them, because I love to tell people when their clothes are great. I saw this guy at the airport a few weeks ago dressed up in a cropped t-shirt, bellbottoms and a sombrero. He was really carrying it off, too, so I had to tell him, “You look amazing.” I’m so impressed to see people taking chances, and I always regret it if I miss the moment to tell them.

RC: What are you wearing right now?

DS: I’m wearing trousers by Kapital, a Japanese company that makes you look like a workman, if your work was building coffins. I’ve paired it with a sport coat that I didn’t realize has a ribbon on the lapel that Jewish people wear while mourning. I’ve been wearing it forever. I’m not dressed way up, but I feel okay for a plane ride.

RC: Are you excited to visit Canada?

DS: I’m there a lot, so no, I’m not excited. I’ve been on tour since the beginning of April, this is stop 50 – or 70, or something – of what was once a lecture tour, but then my book came out, so now I’m on a book tour. My last show is Sunday, then I go to England to start a three-week tour there. I’ll go home at the beginning of August.

RC: You must spend a lot of time in airports and hotels, the latter of which you really like! In fact, we have this in common: My idea of perfect happiness is also a bath in a hotel room.

DS: Too many hotels these days have got rid of their bathtubs. First the bathtub, then the desk, which are two things I actually need. I signed a book for someone the other day and the woman told me the guy’s name and said, “He’s actually kind of weird and I don’t like him much. He takes a bath every day.” I said, “Lady, so do I.” Unless I’m in California or Arizona, because there I feel guilty because they don’t have enough water and I have no right to use theirs. In that case, I take a shower, and I’m in and out in a minute and a half.

RC: Your writing is so great at capturing the hilarity in everyday stuff and situations. It reminds me of Nora Ephron’s quote, “Everything is copy.” But after 14 books, do you ever feel like you’re running out of stuff?

DS: That’s a nice compliment, first of all. I love her. But no, I don’t feel that way, because I’m alive and things are always happening. Maybe my plane will be hijacked? That would be exciting. I carry a notepad all the time with a list of things to write about. And I’ve found, as I get older, there’s more to write about. I go to the doctor a lot. And it’s the best when your friends die, because you can write whatever you want.

RC: I feel like you do that anyway! Tell me that priest joke from the book.

DS: A cop stops a car that two priests are riding in. The cop says, “We’re looking for a couple of child molesters.” Then the priests look at each other and say, “We’ll do it!”

RC: I got one for you. A doctor, a lawyer, and a priest are in a lifeboat beside another boat, that’s full of orphans, and it’s sinking. The doctors says, “We have to save the children!” The lawyer says, “F*ck the children!” And the priest says, “Do we have time?”

DS: Hahahah! I once told my joke at a graduation speech and a man attacked me. He waited until they were handing out the diplomas, then he charged the stage. The truth is you can’t predict what anyone is offended by these days. I just wrote an essay about how I hate the word “queer.” This is the fourth time in my life I’ve been rebranded and I hate it, so I said so. Someone said I’ll be eviscerated on Twitter. But I don’t read Twitter, so I don’t care. I won’t even be in the country. People get furious about everything these days. I also told those graduating kids to choose one thing to be super-offended by. That’s all you need.

RC: Audience assaults aside, do you still – or ever get – nervous to perform?

DS: I’ve been reading out loud in front of people for 35 years now, so I’d better be good at it by now. I do get nervous on TV, but that’s because the audience is different. They’re hoping Selena Gomez will be on the show, and they’re disappointed to get me. But when I’m reading in a theatre or at the bookstore tonight, those people came to see me. In a way, I’ve already won.

RC: Clearly you’re a writer first, but you’re also a performer and maybe almost a comedian. How do you define yourself?

DS: When I’m at home working, I’m a writer. When I leave my house, I’m in show biz. When I present my work, I have to control the room and entertain the crowd. They show me what works and what doesn’t. Everything in the book has been read aloud countless times.

RC: Is there a question that people ask all the time that you’re totally sick of answering?

DS: Sure, of course, that’s easy: “What does your family think when you write about them?” But it’s a decent question. I get it. [My sister] Amy’s a public person, too, so she doesn’t mind me writing about her. I never quote her being mean or saying something stupid, only the good and funny stuff. She knows that I’ll make her look good. But my other brother doesn’t like me writing about him at all so, I don’t. Also, I bought them a beach house, so there’s that.

DS: Well, you get the questions you deserve. 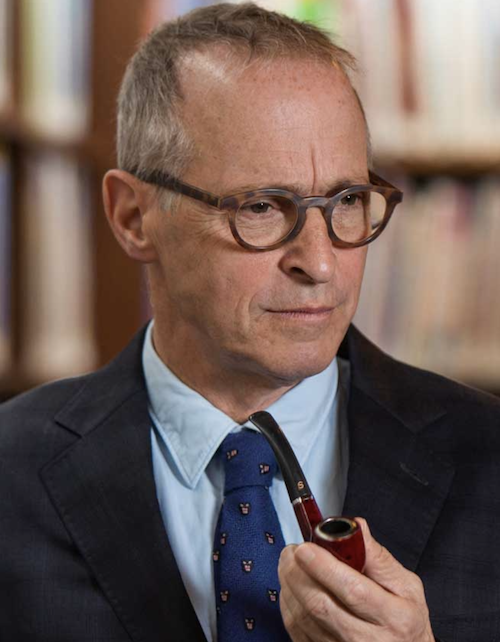