What do Aqua Net, Johnny Depp and Denny’s have in common?

Spoiler alert: they’re all staples of the goth community. But unless you are—or were—a child of darkness, or were lucky enough to birth one, it’s unlikely you mundanes (that’s what they call us) would understand.

And so, just in time for Halloween, a.k.a. goth Christmas, Toronto journalist Liisa Ladouceur, Canada’s only goth expert, writes “a compilation and celebration of our obsessions, our heroes, our humour—and our hairstyles.” Ladouceur lists more than 600 words and phrases—everything from absinthe to corsets—that define goth.

There are repetitions, but Encyclopedia Gothica, contrary to what you might think of goth culture, doesn’t take itself too seriously. Just the opposite: Ladouceur’s humour is a welcome rarity in an oft-misunderstood subculture. She even lets us norms in on some inside goth jokes: “Nice boots” is the ultimate pickup line, and “goth points” measure your score from gothier-than-thou to total poseur. Somehow, Ladouceur finds a balance between the two, staying legit to her dark minions and accessible to the rest of us.

Now let’s all dance to the Time Warp and enjoy the festivities. 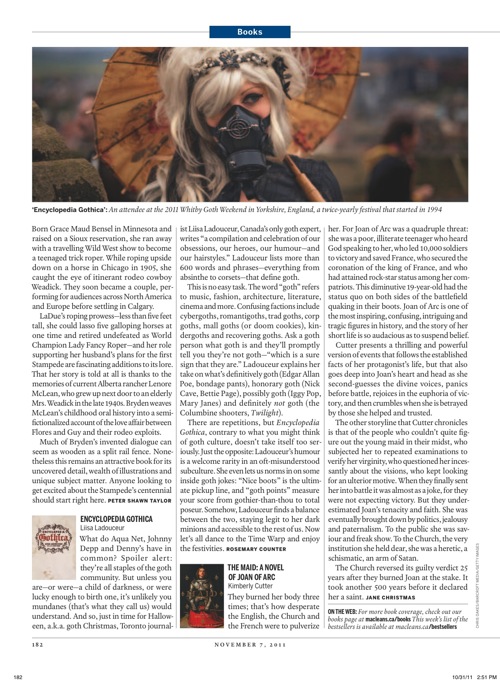