Review of Vagina: A New Biography by Naomi Wolf

Naomi Wolf – writer, political activist, third-wave feminist, Beauty Myth-buster, Occupy-arrestee and mom of two – also has great sex. “After lovemaking,” she writes, “I would see colours as if they were brighter … the beauty of the natural world would seem sharper and more compelling. I would feel the connections between things more distinctly.”

Then, suddenly, she did not. A pinched pelvic nerve and consequent spinal surgery left Wolf like a lot of women – mildly satisfied, grumpy, uninspired. But it also led her to the “profound brain-vagina connection,” an exploration “between the vagina and female creativity, confidence, and sense of connection” from a scientific, historical and personal perspective.

Vagina: A New Biography could have been titled any number of things: Indian Tantra practitioners called the vagina “the pathway to enlightenment”; Chinese Tao philosophy used the “golden lotus”; Shakespeare wrote “blackness” in Othello or “boat” in King Lear or a dozen other Elizabethian puns you probably didn’t get. Literature is not-so-subtly bursting with what Wolf calls “alluring holes, beautiful boxes and tender buttons.” These days, however, lady-part slang is usually gross, probably meat-related, and not even close to Globe and Mail-appropriate.

“The Western sexual revolution sucks,” Wolf says, and here’s proof: One in three women reports a lack of sexual desire, 43 per cent are said to suffer from some form of “sexual dysfunction,” and one couple in five scarcely does it at all. Meanwhile, vagina science is in a sort of Dark Ages, medicalized and controlled via Big Pharma, while the mind-heart-body connection is all but lost.

For these reasons, Wolf suggests a new term: The Goddess. “I don’t mean to summon crunchy-granola images of pagan Goddess worship on all-female retreats in state parks,” she maintains. “Rather, I am carving out rhetorical space that does not yet exist.”

It’s still a little granola, be warned, but expect a lot more than new-age mantras crammed into this small space. Everything from ancient Chinese texts to Freud to Shere Hite to modern-day “sex healers” to a Spike Lee film analysis all attempt to link, vaguely, the mind-body connection with modern neuroscience.

Shocker: Orgasms are good for women’s brains. Fast bursts of dopamine (Wolf calls this “the feminist chemical”) and oxytocin (“women’s emotional superpower”) leave women creative, chatty and productive. Wolf cites a gaggle of gals whose creativity coincided with their sexual awakenings – Christina Rossetti, Kate Chopin, Georgia O’Keeffe – that are sure to get your girl power going in overdrive.

Conversely, “bad sex is actually chemically dispiriting and damaging psychologically to women.” Here, Vagina does a quick mood swing. Violent sex and rape, Wolf explains, are a systematic attack on the vagina that conditions female brains en masse. “Could that be why women’s vaginas were targeted with violence millennia after millennia?” Wolf loves a good stab at radical Andrea Dworkin, but when it comes to pornography, she’s altogether Dworkinian: “Pornography leaches men’s virility,” she says definitively.

Though consistently interesting, Wolf’s broad spectrum of opinions across a monstrous wealth of material are hard to follow and harder to categorize. Walking some line between cultural criticism and gonzo journalism, Wolf – and without any foreplay at all – morphs again into some sort of new-age sex manual. She visits a $150-an-hour “somatic therapist” who releases vaginal trauma through “yoni-tapping” massage (and only occasionally has sex with his clients). Wolf, though she has no qualms plugging his business, disappointingly shies away from the very techniques she champions: “The nice monogamous Jewish girl in me once again drew a line.”

Instead, Wolf falls back on old advice for boring (middle-class, heterosexual) couples: “His gazing at her, or praising her, or folding a load of laundry, is not merely rightly thought of as highly effective foreplay; it is actually, from the female body’s point of view, an essential part of good sex itself.”

The mind-body-soul connection may be groundbreaking for Wolf – who eventually gets her sexy groove back, of course – but the “brain-vagina connection,” with all its complexities and contradictions, will have millions of women (and their well-meaning mates) letting out a collective sigh. 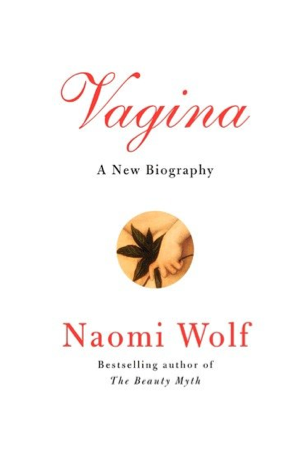