I only mark the hours that shine, Little Edie’s Dairy 1929

Review: I Only Mark the Hours that Shine

“Who knows what will happen in 1929?” asks Edith Beale, better known to fans of the 1975 documentary Grey Gardens as “Little Edie.” For most, it was the year of the stock market crash, but for Edie, judging from her newly published diary—produced and printed by her estate—it was a year of luxury. In the diary, Jackie O’s first cousin is a sickly but spirited 11-year-old who’s been out of school for two years. With few friends her own age (contrived children’s parties are formal sit-down dinners), Edie instead spends her days at her mother’s side. Together they dart between New York and East Hampton—sleeping in, frequenting the theatre or the new “talky” films, walking on the beach and shopping endlessly.

The daily entries—plus the lovely addition of actual reproduced pages dispersed throughout—may read as the indulgences of a spoiled child. But they’re more poignant if you know the pair’s future. Which of course we do: Grey Garden filmmakers will later find the society girl and her mother surrounded by cats and raccoons, descending into squalor and madness in their decrepit East Hampton estate.But sadder than cruel irony is lost potential. This Edie is imaginative and promising—she has hopes of being an author, then a ballet dancer, and finally a costume designer. At 11, she has already had stories published; she’s an optimistic romantic with a fierce crush (“I have never been so completely in love in my whole life”); and maybe even a feminist pioneer: “Have I really got the brains enough to get away from marriage and children?”

Amidst the name-dropping and shopping lists (with prices), Edie drops hints that seem to suggest she knows her opulence won’t last. “It’s awfully funny the way things change,” she writes. “Life wouldn’t be life without change.” Just the fleeting thoughts of a child, but for readers who know what’s to come, Little Edie’s diary becomes eerily prophetic. 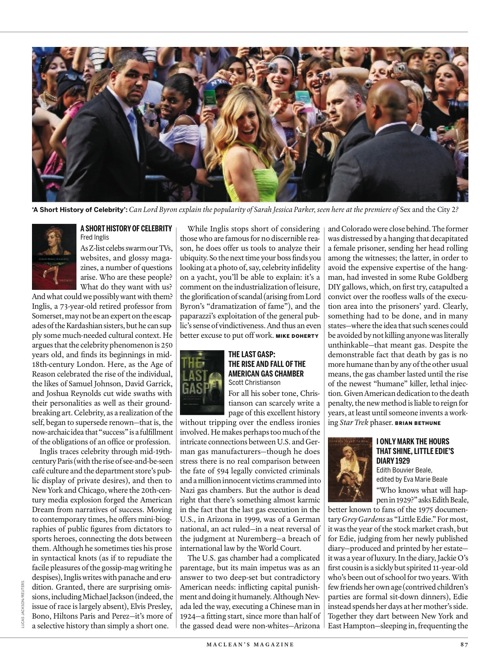 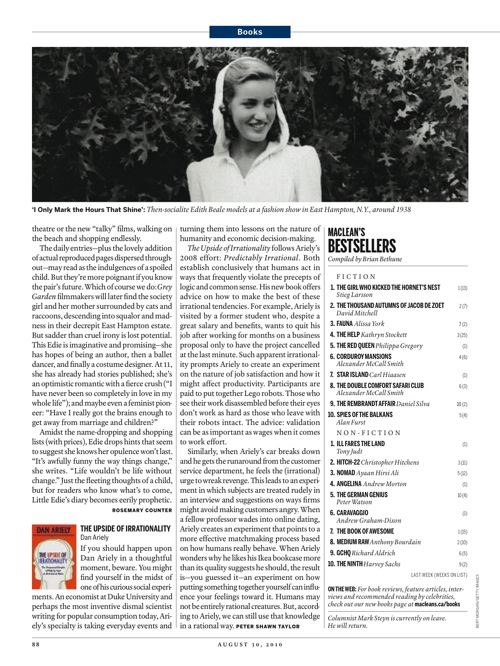