Solid as a rock

With its jagged cliffs set against open seas, the Gaspé is an artist’s heaven.

In 1929, renowned American photographer Paul Strand, perhaps fleeing his troubled marriage in New York, travelled to a remote and unknown Canadian fishing village in Gaspésie, Que. “How he got there or even how he heard of it is unknown,” says Montreal photographer Bertrand Carrière. “The marriage didn’t work out—but the pictures did.” Among Strand’s now-legendary shots is a 1936 photograph of a fisherman, rugged and unshaven, gazing off intently from beneath a dark doorway. “It’s something between documentary and landscape photography,” says Carrière, so inspired by Strand’s work that he travelled to Gaspésie in 2010 to shoot his own homage.

Why the village attracts artists like Strand and Carrière—even Georgia O’Keeffe painted the same remote scenery—is obvious: Gaspésie, a.k.a. the Gaspé Peninsula, or simply the Gaspé from the Mi’kmaq word for “land’s end,” is a 30,000-sq.-foot peninsula that dominates the Gulf of St. Lawrence with jagged cliffs set against open seas. At its most easternmost point is Percé Rock, Gaspé’s 400-million-year-old premier attraction, its picturesque natural arch—at 20 m high, one of the largest in the world—so impressive that Jacques Cartier chose this majestic spot in 1534 to plant a 10-m cross and claim possession of New France in the name of the king.

Nearly 500 years later, the peninsula’s rich history, combined with its humble inhabitants—a population of 100,000 works largely in fishing, agriculture and tourism—attracts visitors from all over the world to its five distinct regions: the Coast, with its abundance of historical homes; upper Gaspé, where angry waves crash into steep mountains; Land’s End, where Percé Rock seems to sit at the world’s edge; the beautiful Bay of Chaleur, a warm shelter and home to the Indian reserve of Listuguj; and the intracoastal valley, where Gothic churches and covered bridges decorate charming French villages.

Here, descendants of English, Irish and Scottish refugees (many arrived during the Great Famine or the American War of Independence) share a common sense of hospitality: “I never once got a ‘no’ when I asked to do a portrait,” says Carrière. Gaspé locals share much more than that. “When I showed one man Strand’s fisherman photo, he said, ‘I know that guy!’ Within 20 minutes, I was knocking at his grandson’s door.” Carrière photographed the man, with a familiar intense gaze, standing in a dark doorway. 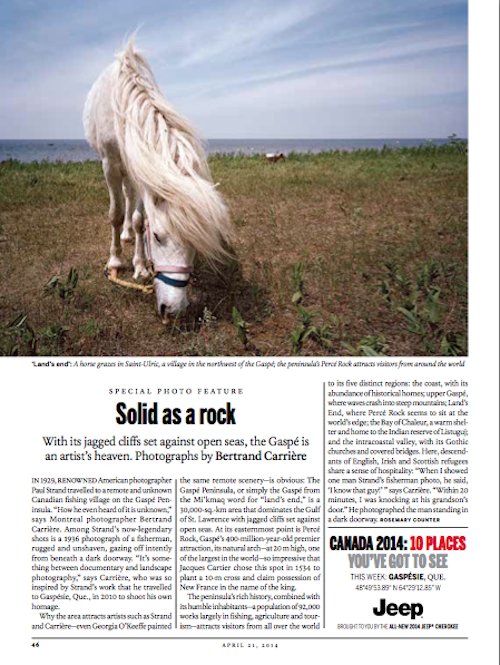 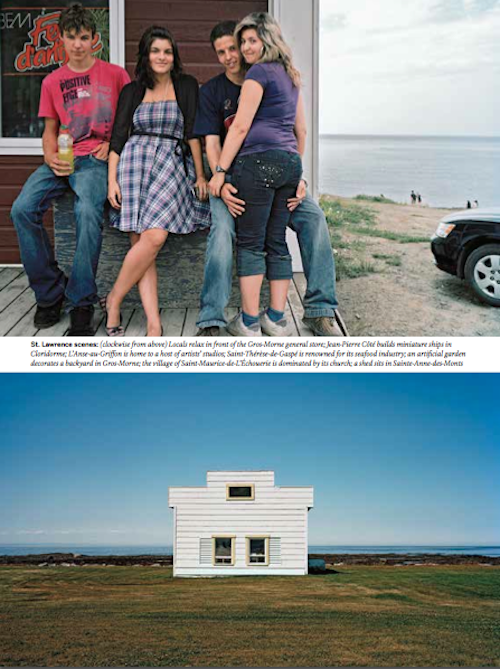 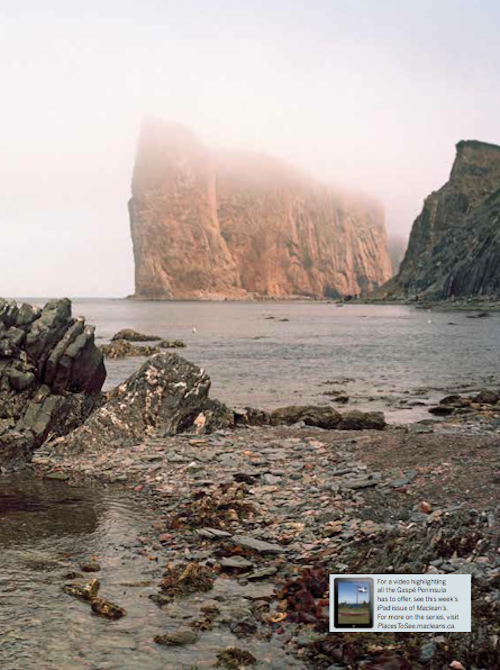