Not so long ago, before Angelina Jolie’s brood and before Modern Family swept the Emmys and before Indigo had a whole section of books like We Belong Together for adopted kids and their proud parents, adoption was a very different experience. “Don’t look at the baby, not even for a second,” advises a chaplain in Tish Cohen’s new novel, The Search Angel. Kansas, 1969, is a bleak place for a young single mother to give birth.

Cohen then cuts to Boston in 2010, where it’s a new and very different world. But as Cohen soon makes clear, the issues around abortion are as complicated as ever.

Eleanor Sweet, herself adopted, is the 35-year-old owner of Pretty Baby – a high-end shop of organic hemp diapers, bibs made of antique linen, and $98 onesies. It’s a particularly torturous profession for a woman who desperately wants children but suffers with infertility. “Her own baby never happened,” writes Cohen.

Through specialists and miscarriages, Eleanor’s struggles and sadness are beautifully captured by Cohen, but missing is a convincing explanation of why Eleanor wants a baby so badly. She just does. And in a whole book about adoption, it’s an interesting absolute truth – or an odd oversight.

Promising Eleanor’s picturesque ending, however, is the upcoming arrival of the adorable Sylvie Kim, an Irish-Vietnamese baby orphaned during the Baja California earthquake. When Eleanor’s husband gets cold feet – “I can’t do it,” he says suddenly, as infuriating to Eleanor as it is to readers – she decides to continue the adoption process alone.

Unlike in 1969, a modern single woman might be desperate for motherhood. But even in 2010, this is no easy task. Cohen cleverly weaves the bureaucratic details of the adoption process – agency preferences, state discrepancies, unforeseen and inevitable familial complexities – into Eleanor’s struggle for Sylvie. Much of the plot hinges on the fact that, with her flaky husband gone, Eleanor lacks a dependable support system of people who might, for example, run to the pharmacy at 4 a.m. Without this resource, Eleanor’s chance at getting Sylvie is in jeopardy.

Where are Eleanor’s friends? My thoughts exactly. She’s surrounded by many friend-worthy folk – Isabelle, a brash “search angel” hired to locate Eleanor’s birth mother; Ginny, her shop employee and mother of five rambunctious boys; and Noel, a hunky widower who owns the too-loud music shop Death by Vinyl next door – but fails to recognize any of them. All exist to challenge (too obviously, perhaps) Eleanor’s smug yummy-mummy sanctuary and her very-2010 fantasies of airbrushed motherhood fit for a Martha Stewart magazine.

Instead, on a ridiculous two-week timeline, Eleanor sets out to find her birth mother in hopes she’ll not only welcome her with open arms, but also be her stable “dependable” to seal the adoption process (her adopted parents are long deceased). Needless to say, Eleanor’s frustratingly naive fantasies of perfect motherhood – from both perspectives – are quickly shattered.

Although Eleanor can’t see it, Cohen is careful to present plenty of more realistic perspectives of motherhood, which she sprinkles throughout The Search Angel: Eleanor’s mother, sent away to give birth in secret under a pseudonym; Isabelle, racked with guilt over giving up her son; Ginny, sloppy and unsentimental, pregnant just by “the sound of his belt buckle”; and a whole meet-and-greet adoption support group, each member with their unique adoption tale.

Eleanor’s own search – from the cemetery to hospital files to old high-school yearbooks – explores universal adoption themes: “What if [her mother] doesn’t want to be found? What if she gave up her baby and walked away determined to live her life as if it never happened?” About an old rope swing blowing on Eleanor’s mother’s yard, Cohen writes, “The way it sways in the breeze is almost taunting. You weren’t good enough, it seems to whisper.”

Adoption is no longer cloaked in stigma and shame, and though The Search Angel eloquently explores how times have changed, it also shows how things have stayed the same. Fantasy, identity, insecurity and ultimately acceptance show adoption – and Eleanor herself, who is often maddeningly irrational – as complicated and contradictory: “The anger, the love and hate, the resentment, the wonder, the understanding, it’s all too big. It doesn’t fit into one little word.”

Instead, Cohen’s thought-provoking book presents adoption, now as much as then, as complex and individual and frustrating and rewarding. And, most important, still very worthy of society’s careful attention. 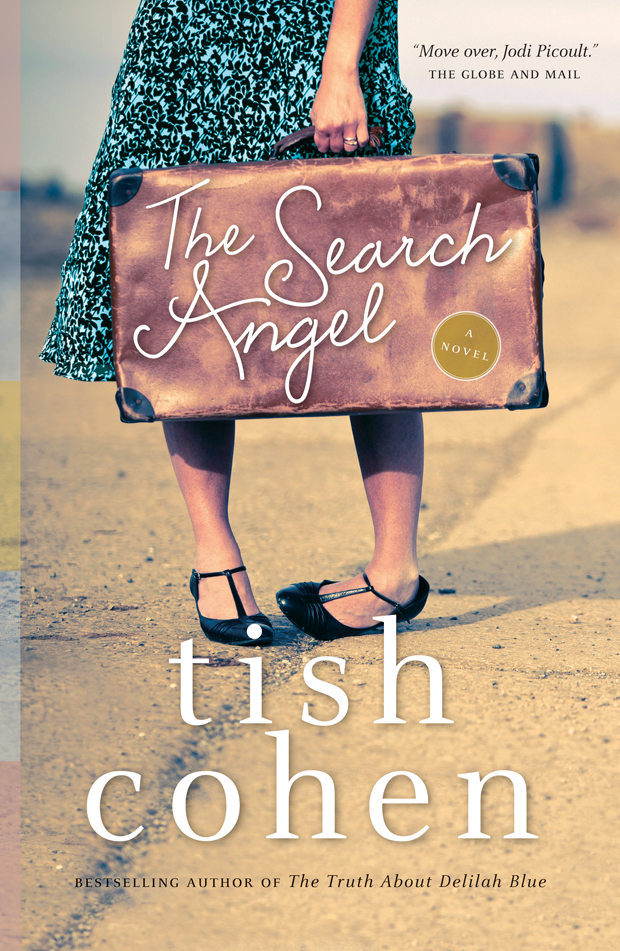