Even activities that we do every day can cause our bodies some discomfort. Read on for a primer of the most common ones and how you can recuperate

Most people know the familiar aches and pains of injuries that come with being active, but not enough of us know how to treat them. “We don’t love the term ‘wear and tear,’” says Saba Chishti, Halifax physiotherapist and owner of Choice Health Centre in Nova Scotia. “It makes people think you’re worn down and can’t build yourself back up.“ You certainly can, and to start, we asked the experts about recognizing, treating and avoiding common repetitive strain injuries.

Runner’s Knee
Officially patellofemoral pain syndrome, the colloquial “runner’s knee” is named for the obvious: pain where the thighbone meets the kneecap, often experienced by runners. It’s characterized by pain in the knee with any kind of knee flection, like lunges or squats, though you’ll notice symptoms with prolonged sitting, too. Kids going through growth spurts can experience it, because contrary to what you might think, the knee itself is not the culprit, it’s the muscles surrounding it. “There’s a groove your bone’s supposed to sit in, but sometimes it doesn’t track like it’s supposed to,” says Chishti. Another muscle over-compensates and now you’re out of balance. Strength and conditioning specialist Dave Scott-McDowell from Burlington, Ont., says to treat runner’s knee, you want to strengthen the structures around it—without putting extra stress on the knee itself. Scott- McDowell recommends this exercise: “Get up on a step or stair, then step one leg back on the ground behind you, keeping the leg on the stair completely vertical.” Return to the start and repeat 10 times for two to three rounds. “You’ll want to feel a burning sensation in the knee, but if it hurts, consult your doctor.”

Torn Ligament
Better known as a sprain, a torn or stretched ligament is often caused by slips, falls, twists or “any movement that your body’s not prepared for, so all the force is on the ligament,” says Richard Thompson, a chiropractor and clinic director from Active Approach Health and Wellness Centre in Halifax. There are varying degrees, from a partial tear to a full rupture. Rest and ice are absolute necessities to treat pain and swelling, but long-term recovery is a fine line between rushing it (and risking re-injury) and being immobile (which can cause scar tissue). “You may recover from the injury, but how well the tissue has healed is a big issue,” says Thompson. Because scar tissue doesn’t have the ability to contract or stretch, it causes functional limitations to the tissues and joints, putting you at greater risk for getting injured again. “After all the pain settles down and you start to do things, you might feel an instability, which is why a lot of people end up re-spraining over and over.” A gradual rehabilitation program, under the care of your doctor or physical therapist, is the best way to get back into the game.

Tennis Elbow
Irritation or inflamation of the tendon (where muscle meets bone) can be caused by repetitive motions (like swinging a racket) and is commonly found in elbows, hands or shoulders. “You’re going to feel pain, and it will likely gradually get worse,” says Chishti. And, unfortunately, without going cold turkey from whatever movement is causing it, tendonitis lasts. “Activity modification works best, so take a break from any activities that hurt,” says Scott-McDowell, whether that’s sports or manual labour. The muscles need a break to heal and then be re-trained for strength. And while you might be tempted to pop an ibuprofen instead, new research shows that anti-inflammatory drugs might disrupt your road to recovery. “An inflammatory response is actually somewhat necessary to heal,” says Scott-McDowell. He recommends gentle stretching and soothing sore spots with a foam roller or lacrosse ball, before moving on to strengthening activities.

Sciatica
Unlike others on this list, explains Thompson, “sciatica isn’t a diagnosis—it just means numbness, tingling, burning sensations and pain down the sciatic nerve, which runs off your lower back, through your butt and down the back of your legs to your feet.” See your doctor ASAP with any of these symptoms, since there are a number of reasons for sciatic nerve pain. One of those is a herniated disc, which is usually due to age-related degeneration plus trauma and repetitive wear and tear, so no surprise that men between 20 and 50 are common sufferers. “They tend not to listen to their backs; they just put up with it without taking the necessary measures to help relieve symptoms.” However, catch a sciatic nerve issue early and you can treat it conservatively with a chiropractor or physiotherapist. Exercises like the “cobra” yoga position can help relieve pressure and pain.

Carpal Tunnel Syndrome
It might not be your activities that cause you pain. Carpal tunnel syndrome can be caused just by hanging out too long on your computer. Here’s how: Tendons travel from the hands to the arms via the carpal tunnel, a small hole in the wrist, which offers limited real estate when and if those tendons get inflamed from overuse. “Decreased space in the carpal tunnel then compresses the median nerve, which supplies the thumb and fingers, causing numbness, pins and needles, or burning,” explains Chishti. All of the above can be caused just because you’re making a repetitive moment in
an awkward position, so step number one is to identify the offending position. “If you’re an office worker, ask for an ergonomic assessment,” she says. Even small shift changes or adjustments can make more room in the carpal tunnel, but if you find your habits too hard to break, a wrist brace can keep better posture in place. And whatever you do, don’t ignore symptoms; untreated carpal tunnel can result in scar tissue, at which point your healing options are limited and you may require surgery. 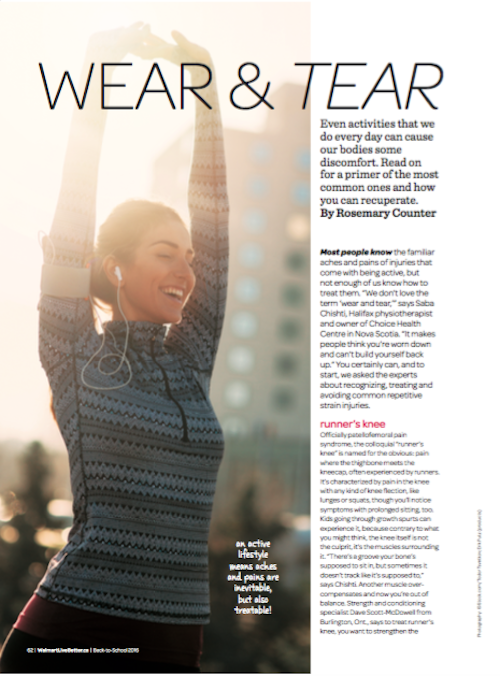 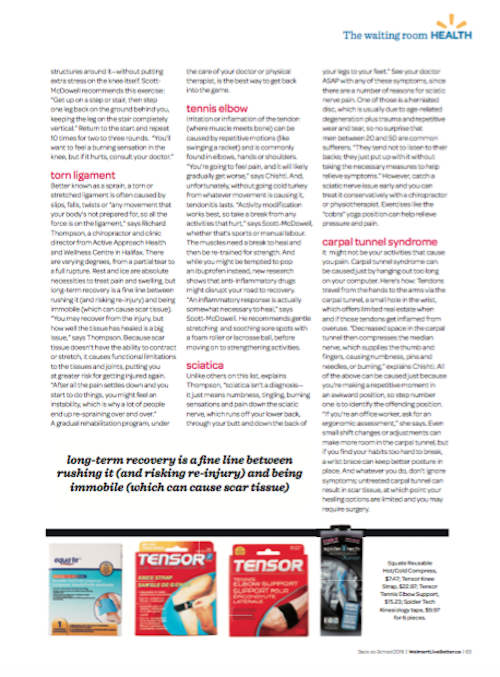