Where horseplay is welcome

Just 130 km southeast of Lethbridge, Alta., through prairie grasslands with grazing pronghorn antelopes and slithering rattlesnakes, is Writing-on-Stone Provincial Park. Inside the Milk River Valley, 4,000 protected acres are home to one of North America’s largest concentration of Aboriginal petroglyphs and pictographs—rock carvings and paintings, respectively, numbering into the thousands. Also known by its Native name, “Áísínai’pi” (meaning “it is written”), and considered a sacred spot for spirits by the Blackfoot tribe, among others, the park has been nominated as a UNESCO World Heritage Site.

Right next door, on donated land adjacent to the park, is another kind of Canadiana: the Writing-on-Stone annual rodeo. Once every summer for almost 50 years, in the sweltering sun of the August long weekend, hundreds of cowboys and their fans gather in the bare plains—“it’s literally in the middle of nowhere; nobody lives there, there’s no town,” says photographer Todd Korol—for two rough-and-tumble days of saddle bronc, bareback, calf roping, bull riding, barrel racing and steer wrestling. “That’s when you’ve got a steer riding as hard as he can run, then you ride up beside him, slide off your horse, grab him by the horns and twist him to the ground,” explains 72-year-old Les O’Hara, a retired farmer (or as he calls it, “working cowboy”) from the community of Milk River. The rodeo’s closest town, still 65 km away, is home to 900 locals. Most will be at the rodeo.

In 1965, seven years after a then 16-year-old O’Hara started the Rodeo Club with 40 local cowboys, Writing-on-Stone rodeo began on the very site it sits today (O’Hara’s father, in fact, donated the land). “It was a real community thing, with us young jacks and our dads and uncles,” says O’Hara, who competed in calf-roping and rode cows before the rodeo switched to bulls five years later. “After that, I had a little problem with my back. It was a yellow stripe.” Though the rodeo is still classified as amateur, which only adds to its down-home authenticity, competition has become steadily fierce. Last year hosted 282 contestants from Alberta, Montana, Saskatchewan and British Columbia, though winners aren’t it in for the money. “The top guys win a saddle,” says O’Hara.

Writing-on-Stone rodeo might not have the flashy show of the much better known Calgary Stampede, but it’s considered by devotees to be the most beautiful rodeo in North America. It might offer a more true Western experience: It’s definitely dirtier. In Calgary, “you’re hundreds of feet away,” says O’Hara. “Here, when a horse comes up to the fence, he’s blowing dirt and snot on you.” Amongst the stars and spectacular scenery, the rodeo boasts the most unpretentious of Canadian pleasures: familiar faces, sweaty cowboys and, adds Korol for good measure, “cold beer!” 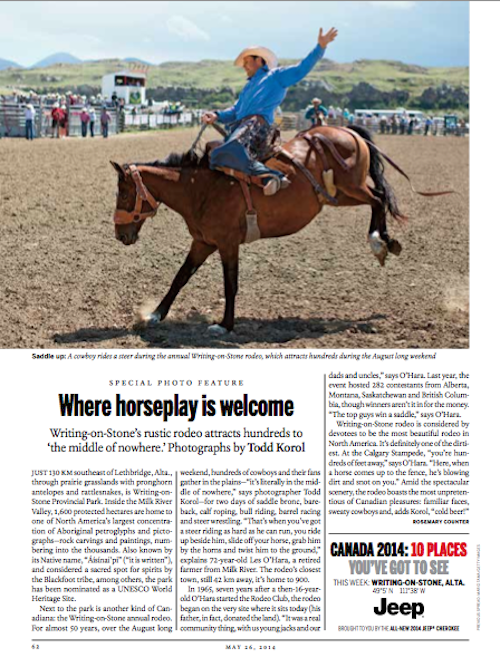 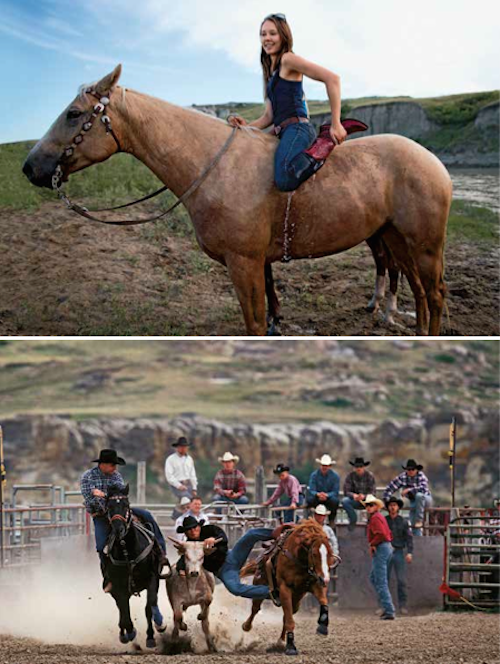 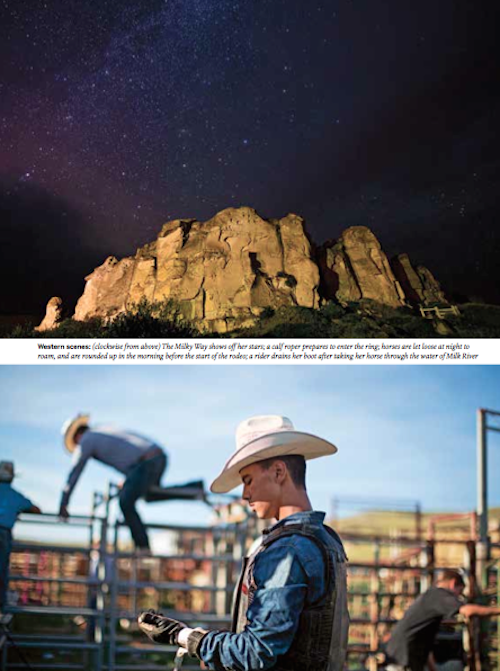