Not that long before Adrien Bettio and Hyla Nayeri were hanging out on the Forbes 30 Under 30 list, they were hanging out in first-year commerce at Queen’s University with few clues as to what the future held. “I didn’t know what I wanted to do, but I figured business would factor into [it],” says Ms. Bettio.

The two students-turned-friends-turned-roommates got along swimmingly: both came from Toronto, both craved a smaller community in which to study, and both chose a third-year European internship with warm weather in mind. “We both really like hot places and beaches,” Ms. Bettio jokes. Who knew that the beach was where inspiration would strike? “One day when we were getting ready for the beach, we looked at the bathing suits we’d packed and decided none of them were flattering,” says Ms. Nayeri. “They were all catered to taller and slimmer bodies. Suits for curvier bodies were frumpy and definitely not sexy.” Unwilling to settle for the boring and unflattering swimsuits companies were producing for real bodies, Ms. Bettio and Ms. Nayeri decided to do something about it – and the popular swimwear brand 437 was born.

Named for their address in Kingston, though by pure luck it’s also Toronto’s newest area code, 437 went from vague idea, to maybe-doable proposal, to viable business during their fourth year. “We didn’t know much about design, and nothing about manufacturing, so it was a long learning process,” says Ms. Bettio.

Luckily for the then-20-year-olds, starting from scratch was also a fun learning process. “We’d cook dinner and eat and do business all at once,” remembers Ms. Nayeri. Suits were sketched on paper, sent off to be made into samples, tried on real bodies (theirs, naturally), and then tweaked and re-tweaked until perfect. Though 437 now has a dozen swimwear styles available, some of those initial designs remain the company’s top sellers.

437 was up and running by 2017 and perfectly timed to the zeitgeist. While the body positivity movement has existed in many forms for decades, social media has given people real-time power over corporations. Mattel was giving Barbie a body makeover, plus-size model Ashley Graham scored the Sports Illustrated cover, criticism of fat-shaming and #bopo and #NoMakeup selfies filled our feeds. Celebrities from Chrissy Teigen to Demi Lovato to Kelly Clarkson lashed back hard at haters and gossip rags by proudly posting their so-called flaws. Photoshop was out and perfectly imperfect bodies were in – both good news for 437, which would build its brand by embracing and showcasing bodies of all kinds. “All of our shoots have a small, medium, and larger model,” says Ms. Bettio. Since all bodies buy and wear swimsuits, she adds, “showing just one kind of body is a big problem.” Many brands have since made massive shifts towards inclusivity, but 437 launched with that message already entwined into its mandate from the beginning.

The first line featured four still-staple styles: the Aubrey, Sanders, Kenzie, and Johnson in classic black, white, and pink. They’ve since added many more styles, colours and prints – with annual revenue growing 500 per cent for three years in a row – and moved their inventory out of their parents’ basements and into a swanky downtown loft where women come to shop, snack on candy, and just hang out at monthly events with movies and pizza.

Their growth happened organically, and with big help from social-media influencers, who found and loved 437 largely of their own accord – and told their followers. “About six months in, we landed on an influencer list,” says Ms. Nayeri. “That was a really encouraging moment that maybe we were really onto something.” Soon their suits would be seen on Kylie Jenner and in the pages of Vogue, landing Ms. Bettio and Ms. Nayeri on the 2021 Forbes list.

But it hasn’t all been smooth sailing for the swimwear company. In spring 2020, 437 was ready to launch a new line of “travel-based, summer-heavy” apparel. The timing was unfortunate, given the global pandemic that then descended on the world; nobody would be travelling in cute clothes in 2020. In the face of a disappointing but inevitable failure in the making, Ms. Bettio and Ms. Nayeri put the line on the back burner and pivoted fast.

“We knew we needed to change the business model,” says Ms. Nayeri, “and focus on at-home styles.” Flexibility is key, even for a sexy swimwear brand, so 437 added sexy sweatpants to their shop: five luxe two-piece sweat sets in extra cosy fleece (each accompanied by a matching bikini, of course). Going with the flow might be the secret to any successful business, and it’s a lesson the pair are trying to master. Pinned to Ms. Nayeri’s office wall, for instance, is a handwritten reminder that “sometimes you need to let go and see what happens.” “It really captures what we’re trying to do,” she says, “but also that sometimes you need to be agile and try something else.”

Neither can imagine what they’d be doing if not for 437 – “Um, marketing?” guesses Ms. Bettio – but in the same moment she acknowledges that running a fashion business isn’t as glam as it once seemed. “A lot of people aspire and idolize a career in fashion. We certainly did,” she says. “But your life is not just made once you have it. Running a business is hard. Accordingly, and now at the wise old age of 25, Ms. Bettio and Ms. Nayeri make sure to stay balanced. “We make sure we don’t overwork,” says Ms. Nayeri. Free time is written into the plan with everything else. “We set schedules and make sure we take time to do other things or nothing. We make sure there’s time to eat and sleep well, to work out, to meditate.”
Ms. Bettio concurs: “Days can go from zero to 100 in just a few minutes, so we have to be ready emotionally.”

The most exciting curveball they’d love to have thrown their way? “Gotta be Beyoncé in 437,” says Ms. Nayeri. 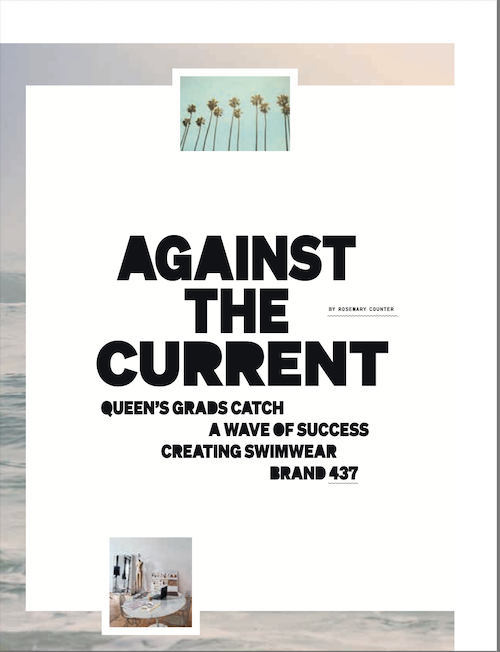 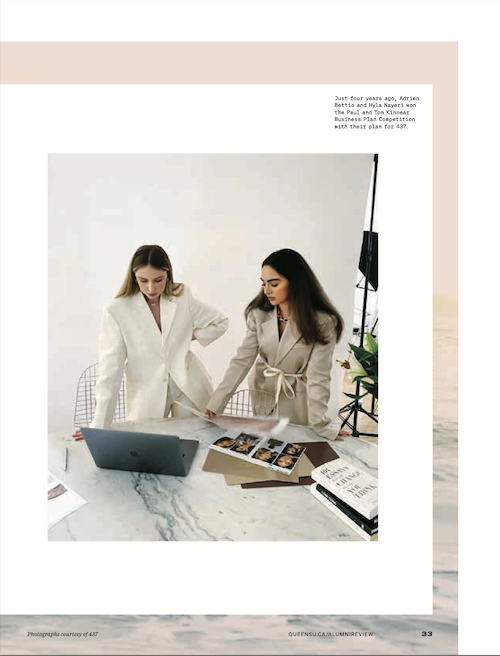 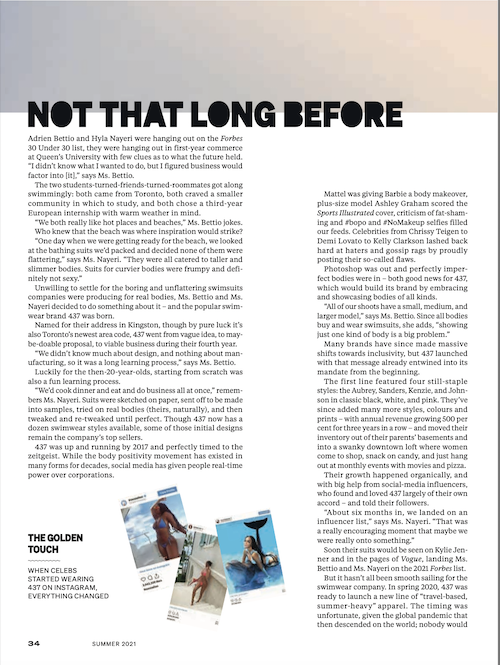 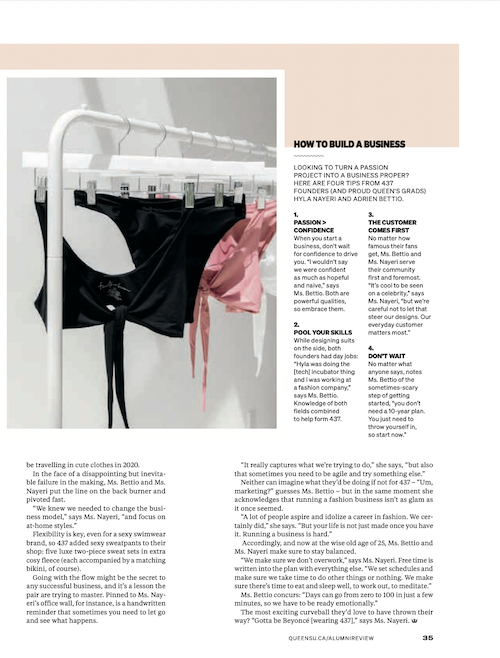