While it sometimes feels like men have a monopoly on cottage life, there’s a little-known but much-loved secret just for ladies: the Girlfriends’ Getaway Weekend at Deerhurst Resort.

Every second weekend of November for nine years now, upwards of 800 women — sisters, moms and daughters, colleagues, high-school BFFs — commute from as far as Ottawa to meet in the heart of Muskoka at Deerhurst, just two hours north of Toronto, for a wild women’s weekend on 760 acres of pristine lakefront views with gorgeous fall foliage.

It’s all in partnership with the township and local businesses, with all-day shuttles taking ladies downtown and back again to browse local shops.

“It’s just great for a big group of girls who may have different interests,” says Chantal Chirgwin-Popp, a teacher and mom of two from North Bay. Chirgwin-Popp has attended the ladies’ weekend three times since its inception in 2007, this year with a group of eight.

They all bunked together, tween-sleepover-style, in one of Deerhurst’s three-bedroom condos. Hotel rooms, lodges and condos — both for guests and owners — accommodate groups such as Chirgwin-Popp’s.

And no wonder: Since hosting the G8 Summit in 2010, Deerhurst is working hard to keep its heritage property equal parts current and authentic. Recently acquired by Skyline Hotels, Deerhurst has a 10-year, $500-million dollar makeover in its future.

“The challenge will be how do we grow the resort and protect its unique feel?” says marketing manager Laura Kennedy. Staying loyal to long-time visitors while simultaneously attracting new ones isn’t easy, especially at a place with a rich history like Deerhurst’s.

Founded in 1896 by Englishman Charles W. Waterhouse, Deerhurst was the original Muskoka resort, accessible only by steamship. Room and board (in one of 18 bedrooms) went for just $3.50 a week. Three generations of Waterhouses ran and grew Deerhurst to its glory days in the 1980s, when an unknown singer named Eilleen Edwards took to their nightly stage. She helped transform the region into a surprisingly hip entertainment hub, and now goes by the name Shania Twain.

In its short history, Girls’ Getaway headliners have included Jann Arden and Pat Benatar. The 2015 talent was Chantal Kreviazuk, and for the other Chantal, Kreviazuk was the clincher to attend once again. “I spent my whole last year of university listening to her,” says Chirgwin-Popp. “She’s amazing.”

Kreviazuk — who also performed here in 2009 — took the stage with her husband, singer Raine Maida, in front of a rowdy crowd. Though this year’s theme was “Wonder Woman” — every year has one, such as “Prom” or the ever-popular “1980s” — there were so many animal spots and stripes (for a “Let’s Get Wild” after-party, no less) that Maida couldn’t resist a joke.

“All that leopard print is making me nervous,” he told the crowd.

With everything on site and a bargain $300 price tag all in, explains Chirgwin-Popp, “there’s no hassle of finding where to eat, what to do, how to get there.” Having left their husbands and kids and to-do lists at home, the ladies at Deerhurst, at least for one weekend, have the cottage scene all to themselves. 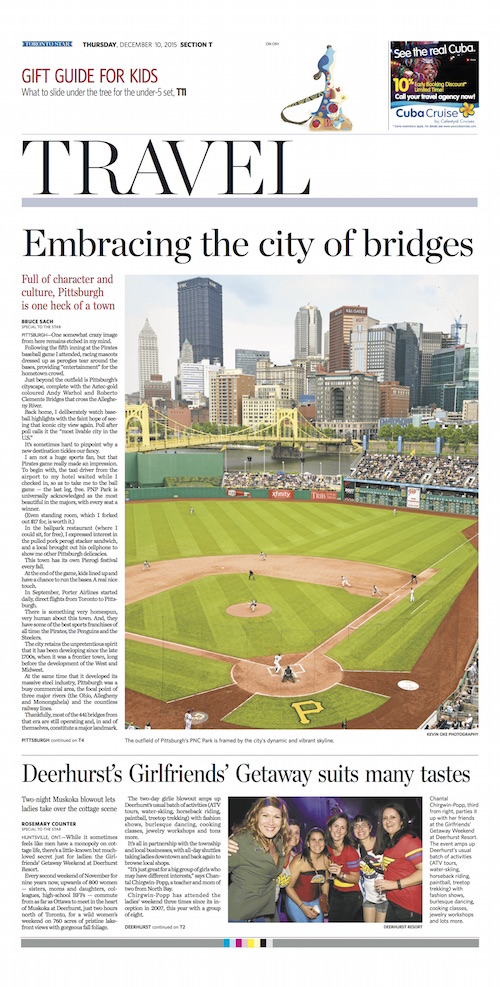 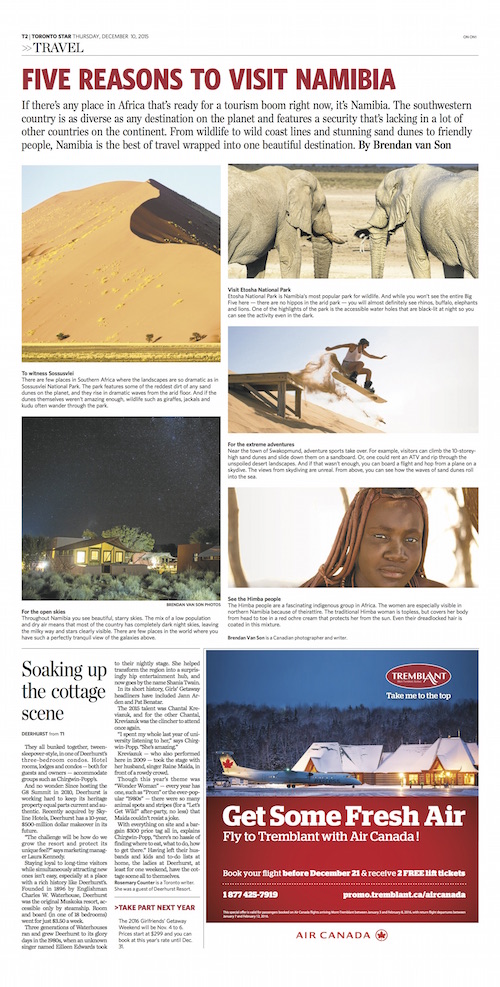