From Lover to Mother

A woman’s role in a relationship too often shifts

We all know the old joke: The overworked wife’s got three rowdy kids and one big kid—her husband. Haha, right? Not so much, says J.M. Kearns, coauthor of the new book How Can I Be Your Lover When I’m Too Busy Being Your Mother?

“Mother syndrome is the situation where a woman finds herself being a mother to her man instead of the partner she wanted to be,” Kearns explains.

His co-author, family therapist Sara Dimerman, after more than 20 years of listening to couples bicker about the small stuff, found their problem boiled down to this dynamic: Mean mom versus bad child.

First, a case study: “Lana” and her hubby are going away for two nights. “I feel like I’ve packed for a month,” she says. “With a 2-and a 5-year-old you never know what you’re going to need.”

But while Lana spends the morning running about like a chicken with its head cut off, her (un-packed) husband relaxes. “He ate a leisurely breakfast and is on the phone with a colleague. He can’t understand what I’m so stressed about,” she says.

Her hubby, however, has a different strategy. He’s got a pile of clothes — an insufficient pile, thinks Lana — thrown over a chair. “It crosses my mind that he just doesn’t know how to do it,” she confesses. “Finally, I give in and plan his next two days for him.”

In this case, Lana is a manager, but Kearns cites four other “hats” that turn fun wives into resentful moms to their partners. “Cleaning, cooking, appearance/etiquette, and child rearing,” he says. “If you find yourself doing the heavy lifting, feeling resentful about it, feeling like your mate isn’t a full adult anymore but instead a shirker in need of supervision—then you’re in the grip of Mother Syndrome. It drains romance, respect, fun and sex out of a relationship.”

Seems most of us agree wholeheartedly. A 2007 Pew survey found, when asking for factors that make a happy marriage, “sharing household chores” pulled ahead of both income and common interests. Just two factors were more important: Fidelity and good sex.

So how do you get back to the good old days? Researcher Amie Gordon suggests you start with some appreciation — that’s please and thank you, validation and caring — which her study found leads to healthier, happier and long-lasting relationships.

And we’re not just talking to men here: Appreciate his ability to pack his own clothes, for example, and Lana might save herself some morning stress.

And for the men out there, something to think about : Sex therapist Ian Kerner calls the best foreplay for women “choreplay,” when a man does household duties without being asked. Equal partners, it seems, can’t keep their grownup hands off each other. 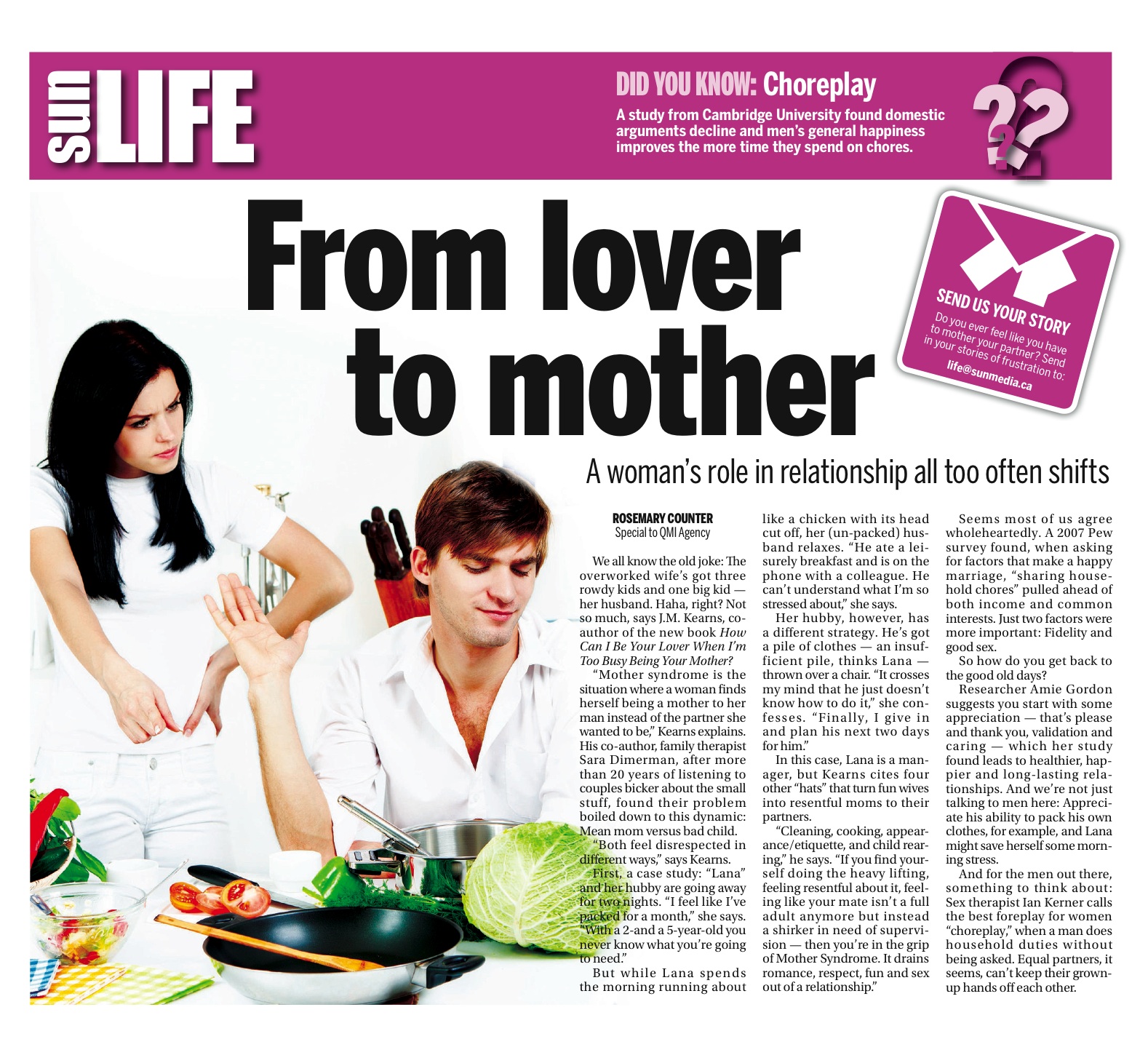 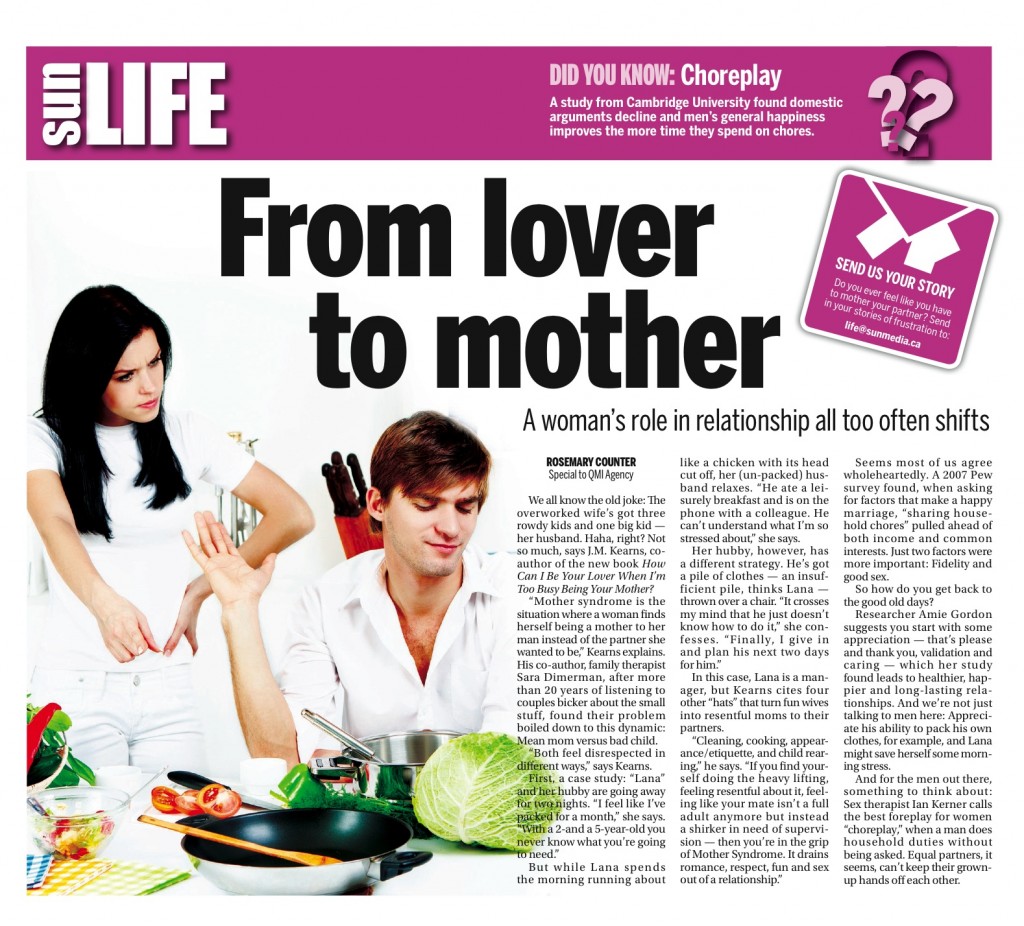