For my first blogging experience, I lucked out with a fab though fast trip to London! The plan was to be there for the Royal Baby, but spoiler alert, babies don’t often arrive on schedule and especially not mine.

This would be the posh Lindo wing of St. Mary’s Hospital, where more eager journalists had been camped for days. I lasted a mere half hour. Hey man, it’s hot! 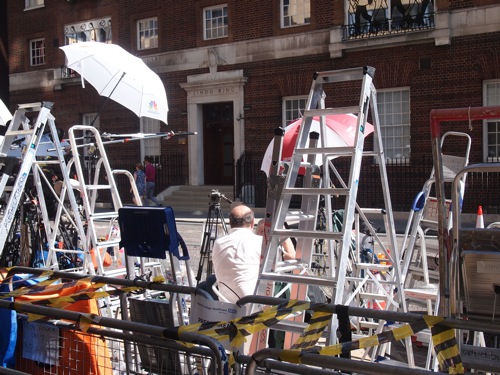 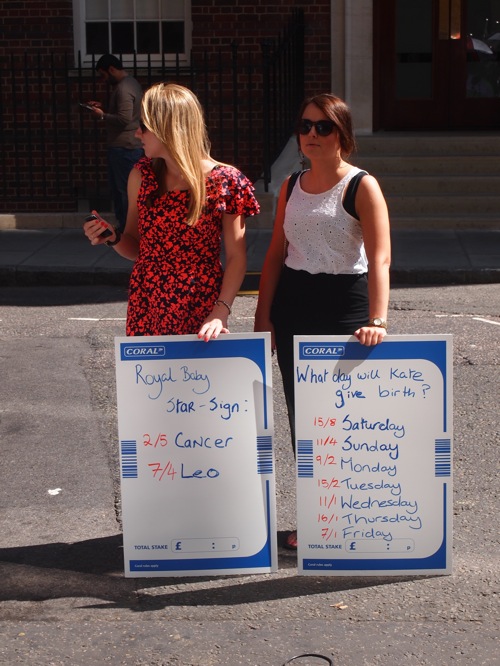 This dude, meanwhile, had been sleeping on a bench for nine days. And every time someone calls my monarchy crush crazy ever again, I’ll be referring to him. I’m fine, thank you for asking. 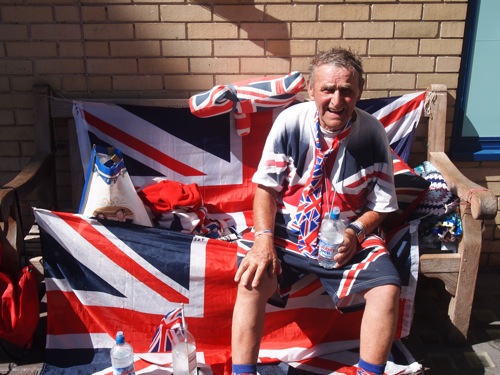 And then I popped on over to Kate’s house! Kind of, maybe, just a bit. Kensington Palace in the King’s Apartment. 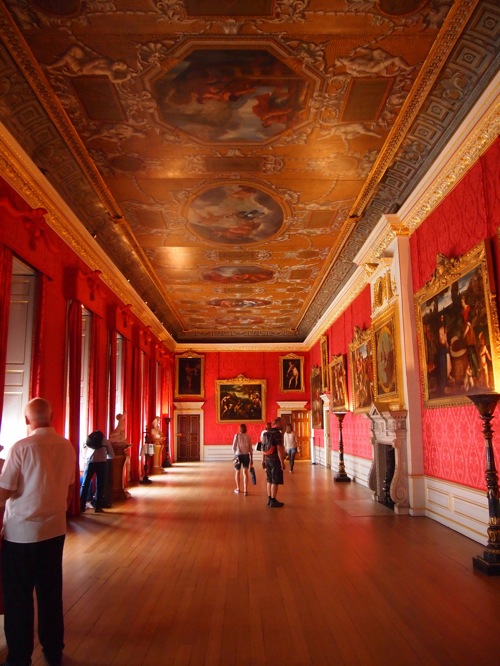 Turns out Kensington has this fabulous dress exhibit to distract me. Princess Margaret, sultry superfox, who knew? 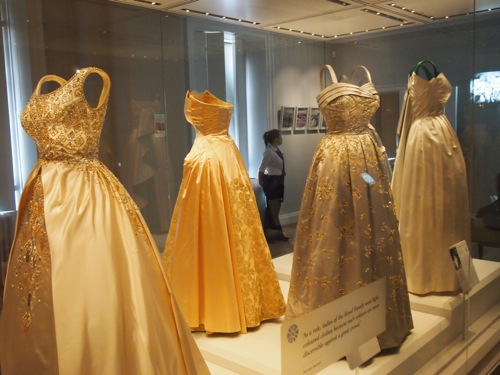 And since we’re all still babyless, how about a beer and a Baby Burger? 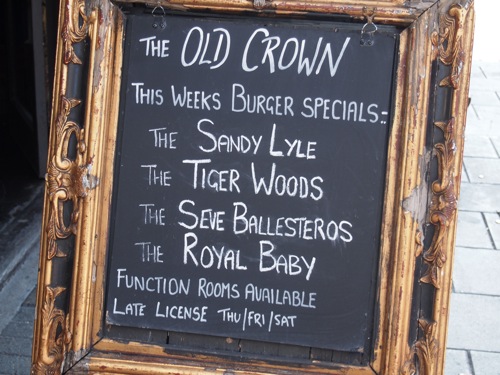 Next day, news: Middleton in Labour! For real this time. Obviously I ran to Buckingham Palace. 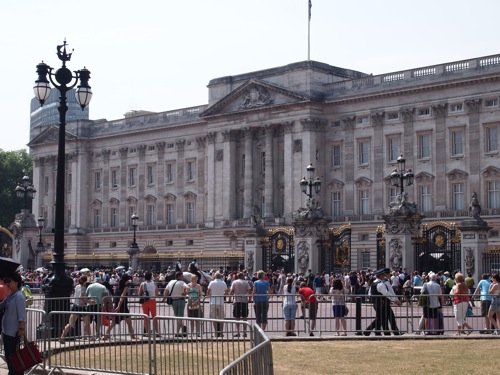 Although my plan was genius, it was not original. Crowds are thick and grumpy cops are plentiful. 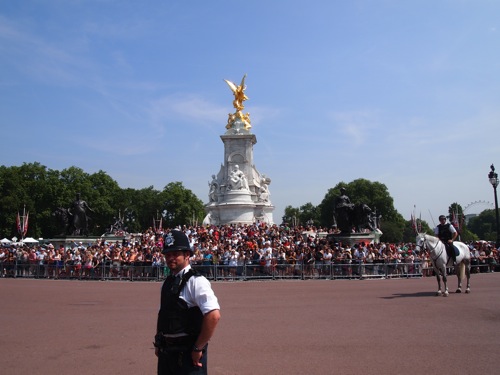 And it happened to be the changing of the guards, so good on me. A fine show, but the crowd’s not having it. “Where’s the baby?” someone shouts. 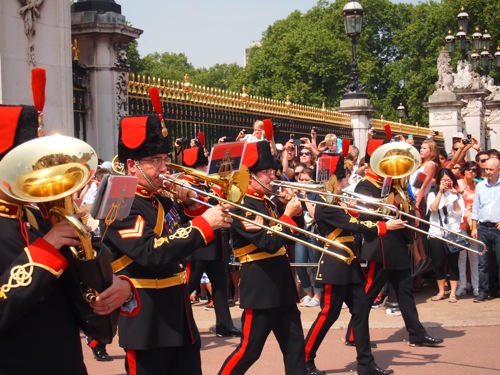 As soon as there’s a baby, a notice will appear at this gate. Soon is the time! 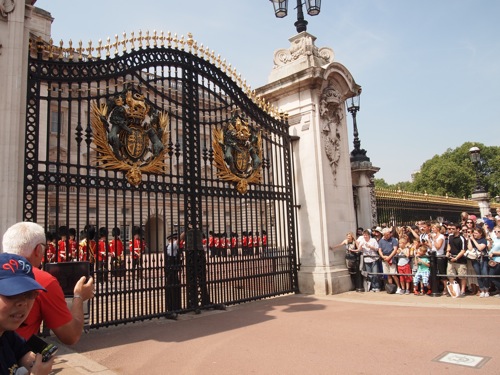 Do not be fooled; this is not the sign. This is a mock up by a creative fan promptly removed by aforementioned grumpy cops. 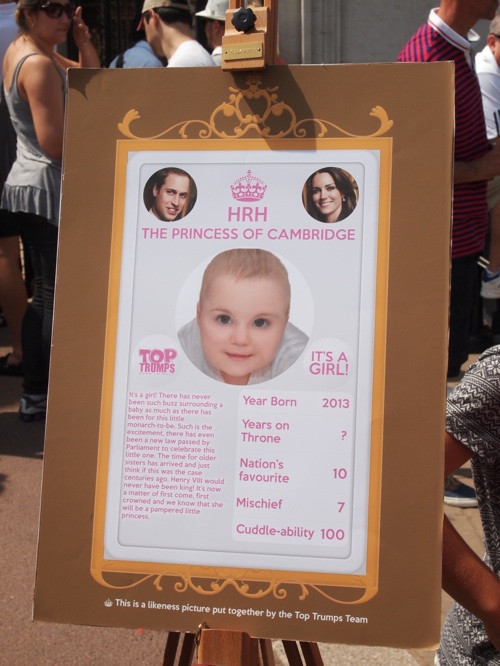 And though I waited and waited, twas time for me to leave before baby arrived. It’s not all bad though, check out my champagne sleep pod party. 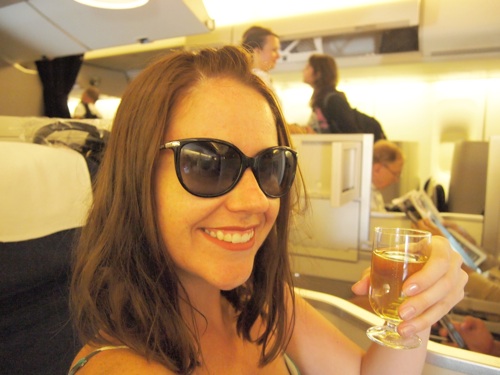 Cheers, London! A blast as always.