Who says basements have to be afterthoughts?

With two small children, a baby on the way and a teenager heading off to university, Christine Dovey had to do some serious shuffling last year to create a space in her Oakville, Ont., home that would work for the whole family. “I really needed an adult-friendly common area that could also offer storage for toys and serve as a crash pad for my eldest daughter, Natasha, when she’s home from school (and doesn’t want to see her mom before noon),” says the design blogger.

The only answer was the basement, a dark and dingy storage space-slash-makeshift playroom where “the kids would go, but no grown-up would ever spend time,” says Christine. The 1,000-square-foot basement had ancient wall-to-wall stained beige carpeting, a bathroom with a plastic shower and a laundry “hole” (as Christine puts it) concealed behind a curtain. “The whole space was basic- ally a nightmare. Just a big, dark pile of crap,” she says.

Like many renos, the job started small. “We were just going to replace the carpeting because the dog had ruined it,” says Christine. But then they added tiles to the bathroom and laundry nook, inspiring them to expand both areas and alter the entire basement’s layout. “I thought we might as well start fresh,” says Christine.

“I wanted it to feel clean and glamorous, but still accessible; put together, but not stuffy. And thus our small flooring project snowballed into a full reno to create a basement that’s modern, urban and main-floor worthy.”

Bright white with lots of light, the palette is grounded with dramatic bronze and black accents. In the family room, low-slung furniture makes the generous eight-foot-high ceilings seem to soar. Since hardwood and basement moisture aren’t a great match, Christine chose an inexpensive grey laminate with an antiqued hardwood look. “It’s low maintenance, affordable and I adore it,” she says. “I wouldn’t hesitate to use it on a main floor – it’s that nice!” A Moroccan-style shag rug and antique fireplace mantel add warmth to the cool space.

In her go-to black and white palette, Christine created a bathroom that feels at once modern and old-world. “I wanted it to really feel like a subway station in Paris,” she says. So she chose marble basket-weave tiles for the floor and white ceramic subway tiles with dark grout for the walls. Adding edge, Christine and her contractor designed a doorless walk-in shower that successfully keeps the potentially dark space feeling open and airy.

Christine’s fantasies about her laundry “hole” makeover, however, proved difficult to achieve. It was discovered that the ceiling joists went in two separate directions, meaning the laundry nook had to stay right where it was, tucked beneath the stairs. But since “nobody wants to see laundry all day,” Christine got creative: She made over a set of gorgeous antique doors and put them on a track. “Slide it one way and it hides the washer and dryer; slide it the other way and it completely closes off the stairs, making the whole basement private for Natasha.” Her daughter can always retreat to her cozy but welcoming bedroom, which has more colour than the rest of the space and feels far from small (even though it is).

In fact, nothing here feels stuffy, dark or basement-like. The once-dank level is now thoroughly enjoyed by the whole family – especially Christine. “It’s a calm place to hang out that’s more comfortable than the living room,” she says. “The basement is now my favourite spot in the house.”

Lessons from a basement reno:

Be Flexible: “You never know what you’ll find once walls are torn down, especially in a basement,” says Christine. have a plan B (and c) ready.

Think Warm Thoughts: Basements are often cold and dreary. “Under-floor heating and fireplaces can go a long way to make the space cozy,” says the designer.

Bring Dead Space to Life: The spots under the stairs and in the furnace room can provide plenty of storage space.

Imagine Above Ground: Just because you’re working on a lower level doesn’t mean you should let antiquated basement notions govern your choices. “It can feel just as luxurious and polished as the rest of your home if you decorate it with the same attention,” says Christine. 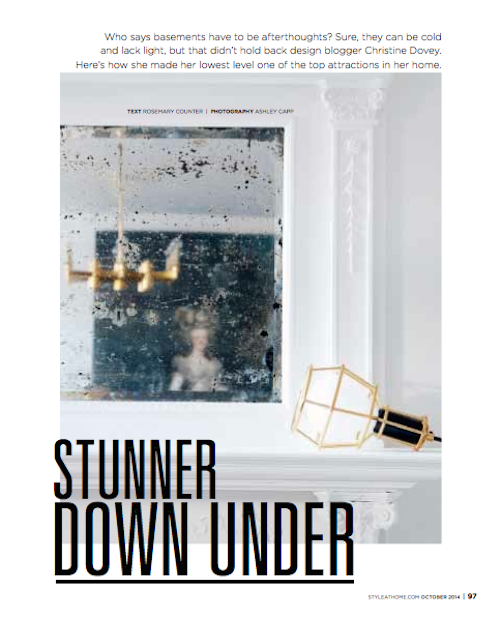 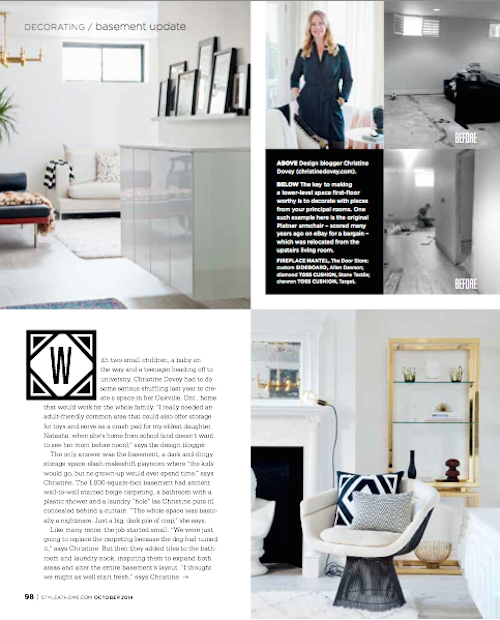 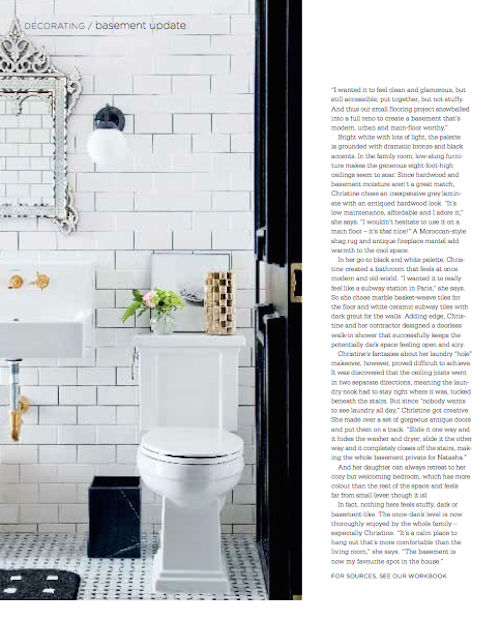 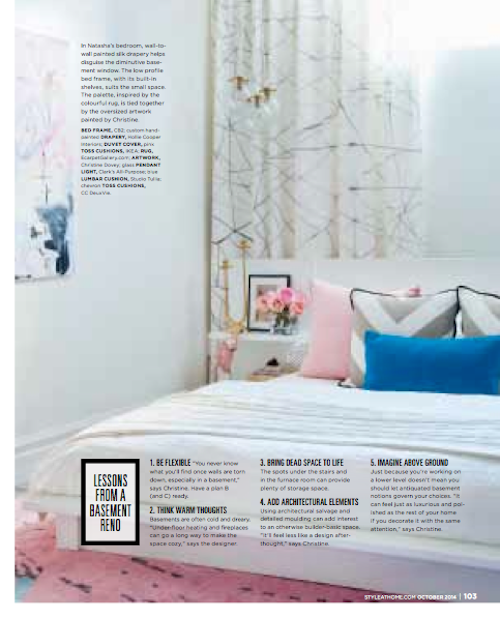 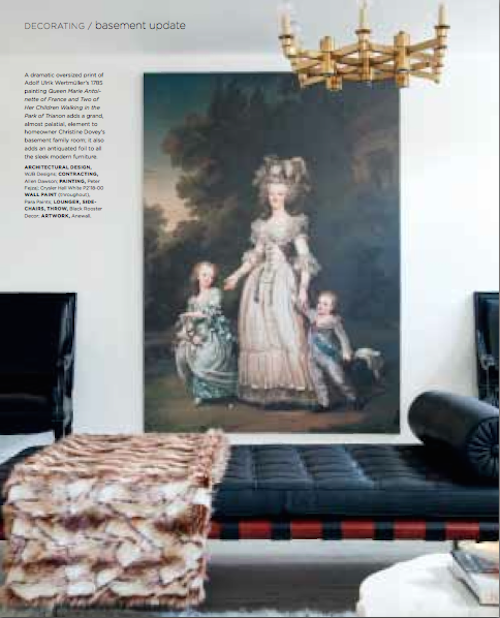