After eight years of focusing on the rest of her home, a designer sets her sights on the master bedroom

Problem: Christine’s master bedroom, an uninspiring white rectangle with a tiny closet and ensuite, was a dumping ground for her family of six.

Solution: To camouflage the black furniture set and create a bold backdrop for daring accents, she chose to paint the walls black.

The look: “Dramatic and moody – but still cozy,” says Christine of her modern black and white creation that balances girly artwork and accents with dark, masculine furniture. “It’s always tit-for-tat in a bedroom,” she says. “It’s a place you both have to feel good in.”

The layout: At 14 by 17 feet with a small alcove for the door, the room is large but also long. A vintage settee at the foot of the bed shortens the distance between the two far walls. “Beforehand, it felt a bit like a bowling alley,” says Christine.

The extras: A curtained wall, made of white big-box drapery panels splattered with black paint, does triple duty: The light-coloured expanse hides a pair of mismatched, off-centre windows, lets in plenty of sunshine and offsets the dark walls.

The materials: One-of-a-kind art, antique mirrors and geometric toss cush- ions pop against a canvas of black-painted panelled walls and matchy-matchy black furniture. The ceiling gets interest from MDF moulding. 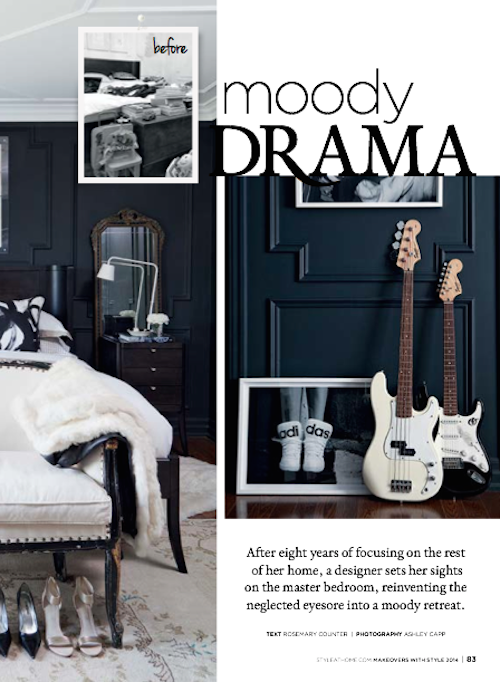 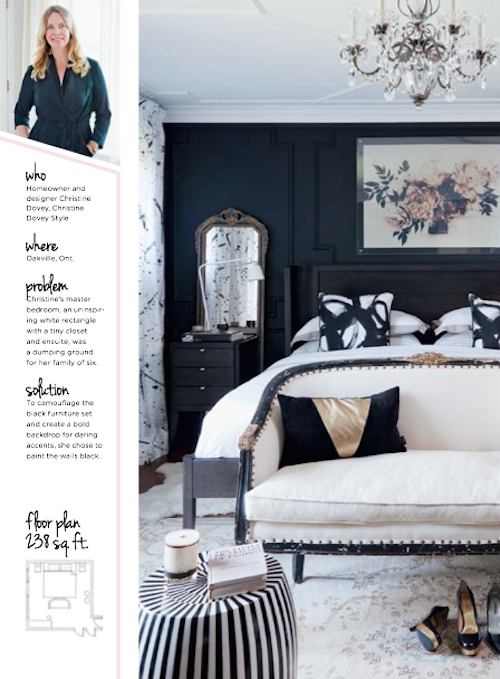 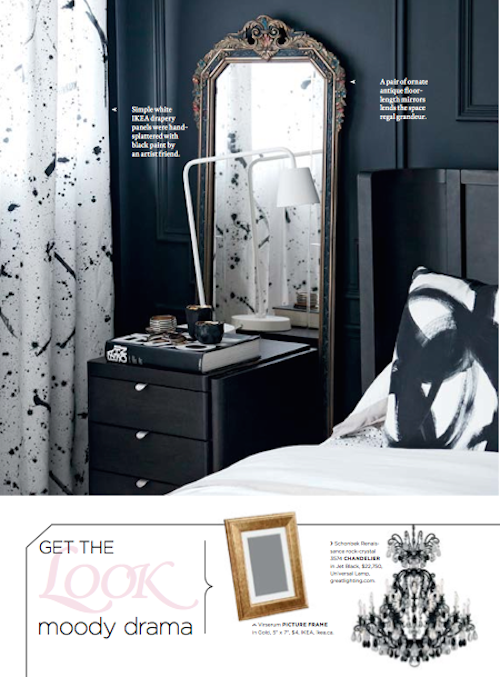 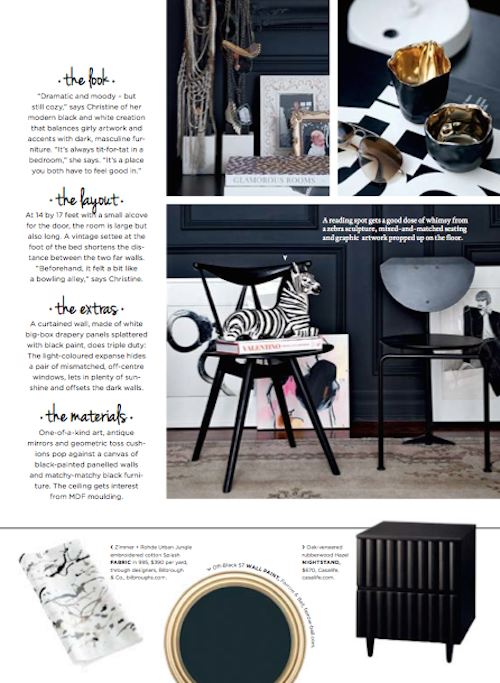