Just guess which one I am!

I humph-whatevered, just like a teen would, upon stumbling into this amazing ebook assignment at The Star Dispatches. Being a teen girl at heart, probably until the day I die, I was eeking like crazy on the inside.

Even though I remember prom craziness as pretty damn crazy, turns out that was nothing, you’re old now, and prom season is way more pimped out than ever before.

By interviewing a pile of teens from different circles at Erindale in Mississauga (hope The Breakfast Club is coming right to mind), I got the full prom do-over: prom-posals, fashion, social media, alternaproms, anti-proms, you name it. Good times were had by all.

Big thanks to all involved: The Star for letting my put my 90210 knowledge to work, the teen population for being so consistently hilarious, prom experts for constantly being the voice of reason.

You’re a grumpy old fart if you don’t buy Teens, Queens and Has-Beens: How the Prom is Becoming the New Wedding—in High School and Forever After like, right now. Thanks for the love and don’t don’t don’t don’t, don’t you, forget about me! 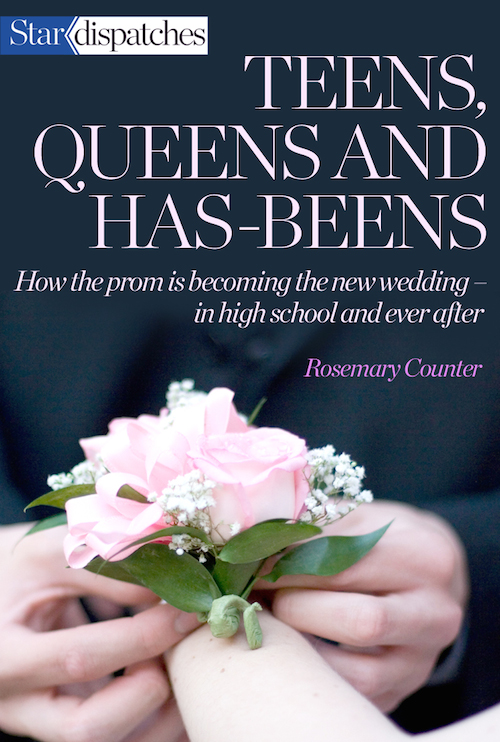