Buzz began this January, albeit 150 million km away, when scientists’ satellites saw a sunspot. “We saw it explode and coming toward us,” says Pierre Langlois, program lead in Solar Terrestrial Sciences at the Canadian Space Agency. Since we’re currently enjoying the maximum of the 11-year solar cycle, anticipation mounted. “It’s a bit like fireworks. You see the rocket launch, you know something might happen, but nobody’s sure what.”

The “rocket” is actually electrically charged particles, propelled by escape velocity and travelling via solar winds at between 400 and 1,000 km a second. A few days later, when they crash into our magnetic field, excited molecules spit out a photon—a particle of light. Different molecules at different altitudes result in green, blue, pink and purple curtains in the sky. “The aurora,” says Eric Donovan, associate professor of physics and astronomy at the University of Calgary, “is the sum total of all these lights.”

Canada already has a monopoly on the spectacular display, since we’ve got about 90 per cent of the Earth’s land between 60 and 75 degrees geomagnetic latitude. “The best of the best is between 65 and 68,” says Donovan. “That’s Yellowknife.”

Canada’s northernmost mainland city has, over the past few decades, seen a surge of visitors hoping to catch a glimpse of the lights. About 70 per cent of them, says guide Grant Beck, of Beck’s Kennels Aurora Wonderland, come all the way from Asia, specifically Japan, where stories of the dancing lights have become so legendary they’re worthy of pilgrimage.

Each bundled in an iconic Canada Goose Parka —a free gift with your stay at Aurora Village— guests, including our photographer, braved 18 hours of darkness in -31° C weather this January. “All you really need is darkness, which we have lots of, and the best time is midnight to 3 a.m.,” says Beck. His favourite spot is what he calls Beck’s Lake, nine miles out of town. “We go out to the middle of the lake, with dogs in the winter and boats in the summer, so the lights are reflected in the water all around you.” It’s so beautiful, he says, that guests regularly gasp, shout or even dance.

But there are never any guarantees with the aurora, their sporadic appearance adding to their mysterious allure. In January, the promising sunspot disappointed. Turns out the magnetic fields didn’t match, so nothing unusual was seen in the sky. Skywatchers will hope for better luck next time, or they might make the trek to Yellowknife. “In three nights, there’s a 95 percent chance you’ll see them,” says Beck. “And if not, you’ll come back.” 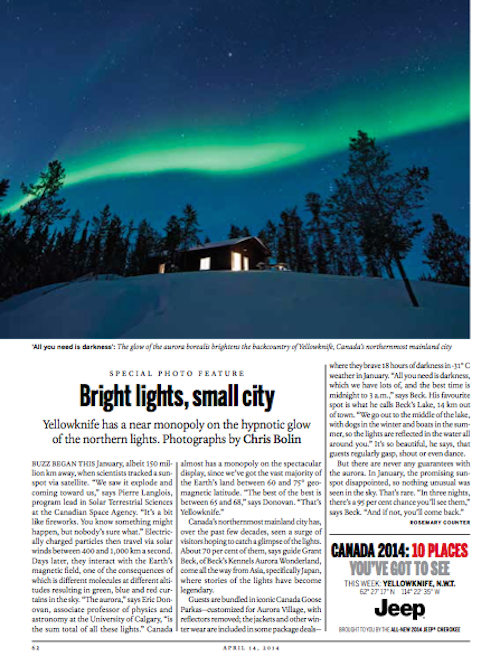 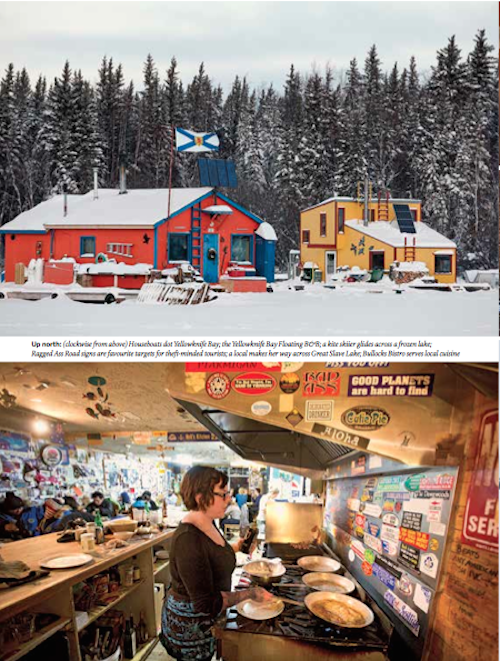 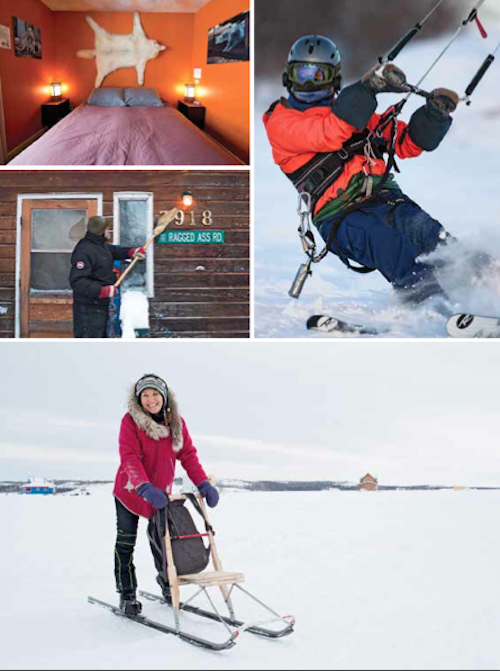