Forty years ago this month, Hollywood movie star Natalie Wood drowned under mysterious circumstances in the Pacific Ocean during an outing on the Splendour, the yacht owned by her husband, actor Robert (R.J.) Wagner. This despite Wood’s deep fear of water, an idea implanted when she was a child and a fortune teller foretold her death in “dark waters.”

On board the boat that night, which was anchored southwest of Los Angeles near Catalina Island, was Wagner (now 91), Wood, her Brainstorm co-star, Christopher Walken, and the boat’s captain, Dennis Davern. At the time, Wood’s death was classified as an “accidental drowning,” which was amended in 2012 to “drowning and other undetermined factors” when Davern changed his story. Wagner was later named a “person of interest,” although he denied any involvement in her death.

Her sister, however, is not convinced: In four decades, Lana Wood has moved from blind acceptance that it was an accident to fierce advocate for justice. Zoomer asks the author of Little Sister: My Investigation into the Mysterious Death of Natalie Wood what she believes happened on Wagner’s boat, why the case is still unsolved and why she refuses to stay silent.

Rosemary Counter: Why don’t we start in the nicest possible way: Tell me about your sister.

Lana Wood: Natalie and I were best friends who had great fun. We were mischievous, footloose and fancy-free. At the same time, she was [eight years] older and my surrogate mom. She was the adult that I could rely upon and who had the right answers. I could go over any time and she’d be there.

RC: At 19, your sister married 26-year-old Robert Wagner, whom she later divorced and remarried. What do you remember about the weddings?

LW: It was a bit prophetic that, at the first marriage, I began sobbing loudly during the ceremony. Afterwards, Natalie put her arms around me and said, “I heard you crying.” I said, “Because I’ve lost you.” And I did. She said I wouldn’t, but I did. That marriage didn’t last, but years after that they reconnected. I made it quite clear I wasn’t thrilled with the second marriage. I would have accepted it if she’d said, “I love him dearly and I can’t live without him.” But she didn’t say that to me. She said, “Sometimes the devil you know is better than the devil you don’t.”

RC: For years, you accepted the “accident” classification about your sister’s death. Why did you do that and why did you change your mind?

LW: That’s what I wanted to believe. I don’t want to believe ugly things about people in my family, it’s frightening and upsetting. That stuff you read in the papers and see on TV happens to other people, not you. It wasn’t [that I did a] 180, it’s I just finally said to myself, you have to accept the facts: There was a fight, there was a broken wine bottle, there were two people at the end of the boat and then there was only one. There are two anonymous ear witnesses [not on the boat] and Dennis Davern [who corroborates the fight]. Once the new detective and new coroner started telling me things and working with me, once I read the police report and the autopsy, I had the courage to say, look, think whatever you want but these are the facts. I don’t think there’s any other conclusion to come to, so now it’s like, what am I going to do about it?

RC: You’ve chosen to put the police report, the autopsy and excerpts from Natalie’s unpublished memoir into this book. Are you concerned how the Wagner family, from whom you’re long estranged, will react?

LW: It makes no difference to me. They’ll do the usual, say I’m a loose cannon and don’t know what I’m talking about and I’m only doing it for the money. Isn’t that what everyone always says to someone trying to make a statement by talking to the press? It’s such a cliché. They’ll probably say things that aren’t true, like they did about Natalie. It breaks my heart that they’d say anything negative and nasty about Natalie. It further upsets me to no end. I’m just tired of all this, of saying the correct thing, of being concerned about what their reactions might be. So the Wagners won’t invite me to Christmas? I haven’t gone in 40 years so I don’t worry about it anymore.

RC: You make very serious allegations against Wagner, who is currently a “person of interest” in the investigation, but he was never charged with a crime. Are you worried he will sue you?

LW: Sue me for what? If there were anything libelous, he’d have sued me a million times over. He thought he’d finished me off by blacklisting me in the [movie] industry. But I went to work at Barneys, at Sprint, at a furniture store. I made decent money, I took care of my child, I lived well. I have absolutely no vendetta against him, I’m just more outspoken now. I’m 75 years old and I need to tidy up before I go. I value truth and justice more than ever before.

RC: Readers will get all the details from your book, but what do you think happened the night of Natalie’s death? Are you confident that you really know?

LW: Yes, absolutely. I just look to the facts. Natalie and R.J. had an argument in the main cabin and Natalie walked away. She got ready for bed, put on her nightgown and socks and took a sleeping pill. R.J. was still drinking and arguing with Christopher Walken, who also left [the main cabin], at which point R.J. went to Natalie’s room. This is also a fact: Dennis heard fighting and thumping like someone was throwing furniture. He knocked on the door [of Natalie’s room] and a red-faced R.J. opened the door a crack and told him to mind his own business, which he did. Dennis went upstairs [to the wheelhouse] and saw Natalie and R.J. on the back of the boat. [Davern] then made his way down, but by the time he got there, there was only R.J. R.J. said she was missing and suggested they look all over the boat. They searched the boat, that’s a fact. R.J. refused to turn on the searchlights and refused to call for help. It took two-and-a-half hours to call for help. Natalie had a full bladder when she was found, therefore she had to be unconscious before hitting the water, or she was already dead. Medical fact.

RC: Why do you think Wagner hasn’t been more thoroughly investigated?

LW: For the same reasons as always: He was a good-looking, powerful, charming celebrity with a great deal of money. I never said he wasn’t charming. People find him very charming and magnetic. He’s powerful, he knows the right people. In a perfect world, he should be arrested. It’s too bad it’s the end of his life, but for 40 years he’s lived with this horrible, incredible secret.

RC: Are you hopeful that you might get any closure in this lifetime? Perhaps a deathbed confession?

RC: The case right is still open and active. What happens next?

LW: All we can do is keep hoping that someone will come forth with the “smoking gun.” I’m hoping there’s one more person out there who will come forward with information that can wrap this up. I hope this book will make someone feel guilty enough to come forward and say, “I saw this” or “I heard that.” This is for Natalie, and I’m not going to stop until everyone knows the truth, for her sake. 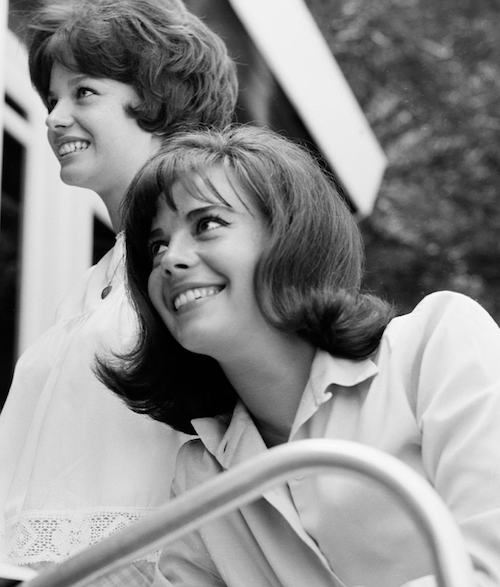