Cruella de Vil Is Wicked—But Tallulah Bankhead Was Even Wilder

Tallulah Bankhead never became as famous as Greta Garbo, Marlene Dietrich, or Joan Crawford. Yet Bankhead’s alter ego may outlast them all

Cruella de Vil was about to come to the big screen. Walt Disney loved Dodie Smith’s 1956 novel The Hundred and One Dalmatians, scooping up film rights almost immediately. But his studio faced a conundrum: How should they draw its villain—equal parts cruel and evil, obviously, but also mean, rude, loud, greedy, selfish, hysterical, and domineering? Who could possibly inspire and embody a woman so comically awful that she actually murders puppies?

Disney animator Marc Davis looked to real-life “bad” women, and though he admitted in the Los Angeles Times that he had “several partial models in mind when I drew Cruella,” just one earned a printed name-drop: “including Tallulah.” This was theater legend Tallulah Bankhead, whose name sat atop Will Hays’s famous Doom Book, a bound volume for studios listing performers “unsuitable for the public.” Davis’s satirical animation cleverly capitalized on her big persona—and bigger reputation—as the baddest, boldest, wildest woman of the acting world.

Once you see it, you will never unsee Tallulah Bankhead as Cruella, and vice versa: They’re both skeletally thin and constantly chain-smoking, the culprit for their deep, raspy voices. Cruella recklessly speeds around town in her loud, monstrous car, just as Bankhead catapulted her Bentley around London. Even indoors, both stumble about breaking glasses and knocking pictures off walls. Each has a signature over-the-top cackle.

Unlike Cruella, Bankhead wasn’t born bad—but pretty close. The daughter of a prominent political family in turn-of-the-century Alabama, Tallulah was a bad-tempered baby turned defiant child. She wrote that a series of throat and chest infections—whooping cough, measles, pneumonia, the mumps—left her with the famous voice that would become her trademark. In childhood, as she became increasingly tough-sounding, she “took to bullying her sister and most of the rest of her class,” wrote biographer David Bret. Though her family wasn’t even Catholic, the uncontrollable Bankhead was sent away to convents, where she was twice expelled: Once for throwing ink at the Mother Superior and again, at age 12, for making romantic advances towards a nun.

At 15, perhaps due to what Bret calls her “manic narcissism,” Bankhead submitted her photo to Picture Play magazine and won a small part in a movie, as well as a trip to New York. With her lax Aunt Louise as chaperone, Bankhead took a room at the then unremarkable Algonquin Hotel. For permission to pursue acting in the city, she promised her father—or “Daddy” as she called him well into adulthood, and all through her own 1952 tell-all autobiography—she’d abstain from men and alcohol. Luckily there was a loophole: “He didn’t say anything about women and cocaine.”

By fluke, around the same time Bankhead moved in, the now famous faces of the Algonquin Round Table chose the hotel for their daily meetings. Bankhead soon met John and Ethel Barrymore, Dorothy Parker, and Zelda Fitzgerald. She kept her promise to her father, mostly, remaining a self-described “technical virgin” until 20. The ruse lasted until 1923, when Bankhead left New York for the London stage.

The play was Gerald du Maurier’s The Dancers, and the 50-year-old philanderer’s pass at Bankhead was swiftly rebuffed. (Bret hints she was more interested in his daughter, Daphne.) Really she rejected his advances for the same reason she had John Barrymore’s: Bankhead much preferred to be the seducer rather than the seduced. And in London, free from the watchful eye of “Daddy,” Bankhead’s ample seductions secured a reputation she used to her advantage. To explain the weight she’d gained from “chocolate cake and big bananas,” notes Bret, Bankhead also spread a rumor that she was rounder from an aborted pregnancy, saying it was by no means her first.

Bankhead had a signature party trick she pulled at all hours, at home and work and everywhere else. “Nudity was the most effective weapon in her arsenal of shock tactics,” writes Joel Lobenthal in Tallulah! Naked cartwheels, missing underpants, and stripping—she did them all for fun. Wild antics made Bankhead a sensation in and of herself, even when her plays got lackluster reviews. She quickly became the toast of London and was determined to enjoy every minute.

Bankhead’s wild, open, shameless sexcapades with men and women made her an instant queer icon, explains Lobenthal, noting her “visual adoption by some of the most prominent gay women in London.” Bankhead never identified as bisexual or any other label, nor did most anyone who ran in her circles. The notches on Bankhead’s bedpost were rumored to add up to at least 500, maybe even 5,000.

Bankhead might have continued as such indefinitely, until news arrived that her father, by then Speaker of the House, was ill without much time left. Bankhead returned to America to star in films, including Make Me A Star as herself and Devil and the Deep “to fuck that divine Gary Cooper.” Famous, brazen comments like these, including a public admission that she might “lay my eyes on a man and have an affaire with him the next hour”—they’re quoted by both Lobenthal and Bret—are what caught Hays’s judgmental eye and secured her spot in the Doom Book.

Bankhead didn’t care about Hays’s opinions—she publicly called him “a little prick”—but she cared a lot about “Daddy’s,” who hoped she’d marry and have children. Her father didn’t know it, but the latter was impossible following a 1933 emergency hysterectomy after gonorrhoea had rendered her infertile. Lobenthal recounts the near-fatal operation, nine weeks in hospital and her weight plummeting to 75 pounds, and Bankhead barking at doctors on her way on the door: “Don’t think this has taught me a lesson!”

Marriage, however, was reluctantly doable. In August 1937, at her father’s home, Bankhead married actor John Emery, a man she described as “so-so.” “The marriage, of course, was doomed from the start,” writes Bret, a sentiment to which Bankhead would agree: “After twenty years of unbridled freedom, of acting on whim, I couldn’t discipline myself to the degree necessary for a satisfactory union,” she wrote. On one such whim, she invited the press on their honeymoon and took to “describing what had happened during the previous night in the minutest anatomical details,” Bret writes. And not in a good way. “Well, darling,” she told reporters, “the weapon may be admirable proportions, but the shot is indescribably weak.”

Bankhead’s father was still alive when her marriage imploded. She kept that secret until his death, and Bankhead headed to Reno for a divorce not long after. Though still mostly banned from movies, she subsequently found much success on Broadway and beyond in plays like The Little Foxes, The Skin of Our Teeth, and Private Lives. In Alfred Hitchcock’s 1944 film Lifeboat, Bankhead finally found critical and commercial success, but it didn’t change her. Bret quotes Bankhead’s costar and on-set lover John Hodiak, who noted throughout the shoot where she ascended a ladder to board the boat: “Tallulah never once had any underwear on.” (Fun fact: A blink-and-you’ll-miss-it scene from Lifeboat pops up as an Easter egg in Disney’s upcoming Cruella.)

Just as she reached her height of fame in 1950, doctors warned Bankhead that her lifestyle—up to two bottles of bourbon and more than a hundred cigarettes a day—was slowly killing her. She merely compromised. “She added ginger ale to the bourbon and substituted her usual brand of cigarettes for 150 cork-tipped ones,” writes Bret. She still dabbled in opiates and barbiturates when available but preferred cocaine, which she apparently considered medicinal. In her autobiography, though she rarely followed her own advice, Bankhead offers this rule on moderation: “Never practice two vices at once.”

As her health deteriorated, writes Bret, Bankhead missed the opportunity to perform iconic roles written for her—namely Blanche DuBois in the film A Streetcar Named Desire and Margo Channing in All About Eve, a stage role Bankhead created but given to Bette Davis for film; Bankhead dubbed it “All About Me” and never forgave “that hag” Davis for the rest of her years.

It was this version of Tallulah Bankhead that Marc Davis borrowed to become Cruella: Bitter, hostile, belligerent, loud, obnoxious, attention-hogging and publicity-obsessed. If Bankhead resented the depiction, she very uncharacteristically didn’t say anything about it (at least publicly). More likely, she secretly loved being Cruella and would be thrilled to know that the iconic villain she inspired is coming back again to the big screen that once wouldn’t give Bankhead the time of day. “I don’t care what they say about me after I’m dead,” Bankhead often remarked, “so long as they say something!” 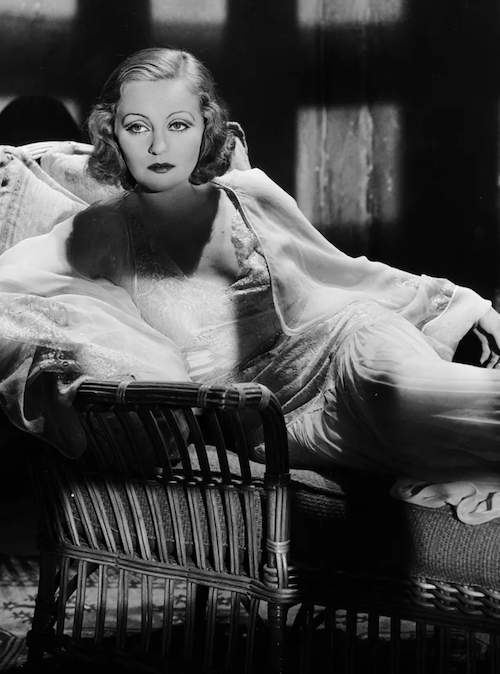