The corner of the Earth

Zita Cobb was born in 1958, but only technically. “I was really born in the 19th century; no running water, no electricity, nothing that the rest of the world had,” says the eighth-generation resident of Fogo Island, 30 kilometres off the northeast coast of Newfoundland. News arrived from the mainland via word of mouth, since most adults didn’t (or couldn’t) read. When they finally acquired one, the radio was her family’s most treasured possession. And come November, when the ferry shut down for the winter, they were completely isolated until spring. “We grew up feral, as they say,” laughs Cobb. “It was like Narnia.”

Set against the fierce waters of the North Atlantic, Fogo Island is 240 sq. km of rocky terrain, with lush greenery, herds of caribou grazing and pods of whales migrating by. Sixteen kinds of berries, most of which the rest of us have never heard of, blanket the landscape for snacking. Towns such as Seldom-Come-By and Joe Batt’s Arm aren’t that out of place from a children’s fantasy book, nor is the foreboding sign along a rocky trail to Brimstone Head: “You are nearing the edge of the flat earth,” it says, only half joking. The Flat Earth Society, a tongue-in-cheek take on the original, declared this humble Canadian island—among Papua New Guinea, the Bermuda Triangle and Hydra, Greece—one of the four corners of the flat earth.

But isolation can be daunting to visitors. “It’s shockingly beautiful and shockingly powerful,” says Cobb. If you’re not prepared, she warns, “the experience can be quite terrifying.”

For the 2,700 islanders, a perfectly in sync relationship with nature is a necessity. “If you’re going to survive here, if you’re going to hop onto a little boat and sail out into the Atlantic, you’re going to become highly aware of [and] responsive to nature,” says Cobb. She sees seven seasons compared to our conventional four—besides berry season, early and late fall “are so different”—though old-timers on Fogo recognize dozens more. “They think I’m too lazy to describe them all,” she says.

They’re kidding, of course, as Cobb’s contributions to Fogo are ever mounting. Like many young people, Cobb left her home on Fogo to attend university. Unlike many others, following a brilliant career in fibre optics, Cobb returned with her multimillions to give back to the island. After first securing broadband, Cobb’s Shorefast Foundation built a much-hyped inn using Fogo products and talent, restored dozens of heritage saltbox historical houses and created an artist residency program, where already big names flock to Fogo seeking inspiration at its purest. “It’s a whole world of change in perspective,” says Cobb of her must-see home, “nobody gets away untouched from Fogo.” 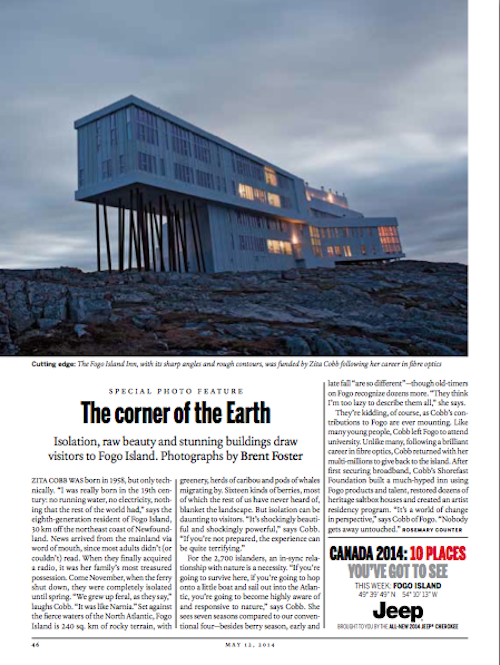 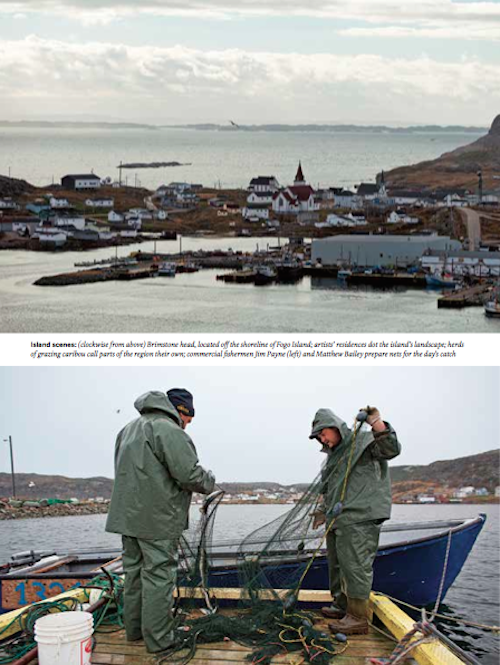 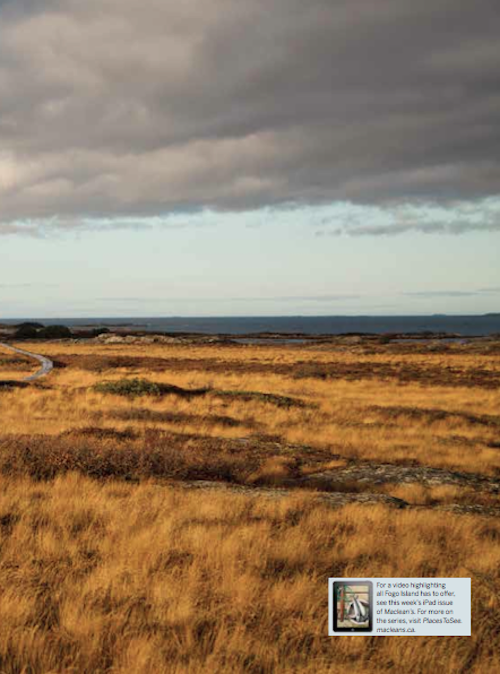