Ten thousand residents of Nelson, B.C., live on either side of a river, its banks connected by a bridge named Bob, for “Big Orange Bridge.” In the distance is Nelson Mountain—similarly known as “Elephant Mountain,” for its resemblance to the creature snoozing on its side—where climbers explore abandoned gold and silver mines and bikers ride what some call the best mountain bike trails in the world.

Back in town, the downtown strip offers local watering holes, the historic Hume hotel, eccentric do-it-yourself stores and coffee shops for loitering. Nary a Tim Hortons nor any other franchise is in sight; in fact, when rumours had a second Wal-Mart coming into town, a wealthy resident purchased the central land plot so the corporation couldn’t have it. And if the scenery looks familiar, you may be recognizing it from Steve Martin’s Roxanne, filmed in the historic restored downtown.

Nelson seems a quaint paradise, but there’s a reason this close-knit community is so fiercely protective of its natural environment, progressive schools and a thriving art scene for a disproportionate population of artists: It was here, half a century ago, that as many as 10,000 American draft-dodgers and anti-war activists arrived to build a peaceful commune in the countryside, just 50 km from the U.S. border.

While he wasn’t in the original draft-dodging cohort, expatriate American and author Ernest Hekkanen—who fled in 1969 while wanted by the FBI for his anti-war sentiments—explored many Canadian small towns before settling in Nelson in 2000. Here, Hekkanen has made a permanent home amid like-minded folk: “I chose Nelson because of the ambiance of it all,” he says. “These are educated people with liberal sentiments, a large art and literary community, many food co-ops and farmers’ markets.”

It’s commonplace for Hekkanen, but visitors to Nelson are entranced by a modern-day hippie sanctuary: Different cultures and creeds are welcome and encouraged, travelling by foot or bicycle is best, appreciation of rolling hills and calming waterfalls is expected. Trees line the streets and musicians strum on drums in public parks. Some may see an idyllic mountain commune frozen in time by flower children, but the whole story is that Nelson has grown—and is growing—with its bohemian ideals embraced and fiercely protected. The New York Times nicknamed Nelson “Resisterville,” and the allure of the place remains as a physical reminder of what resisting the status quo looks like. 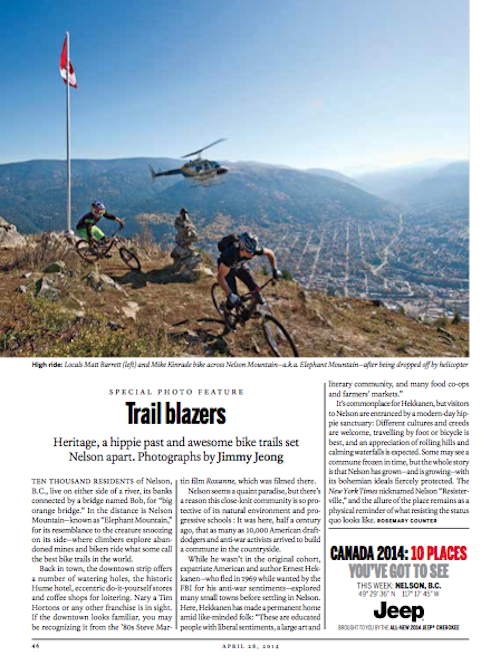 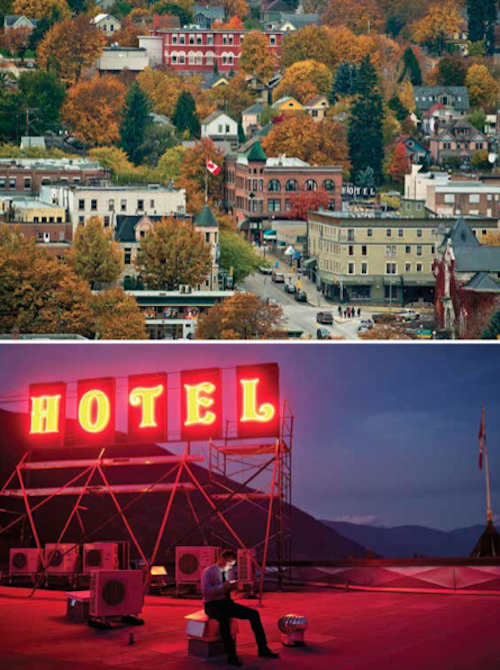 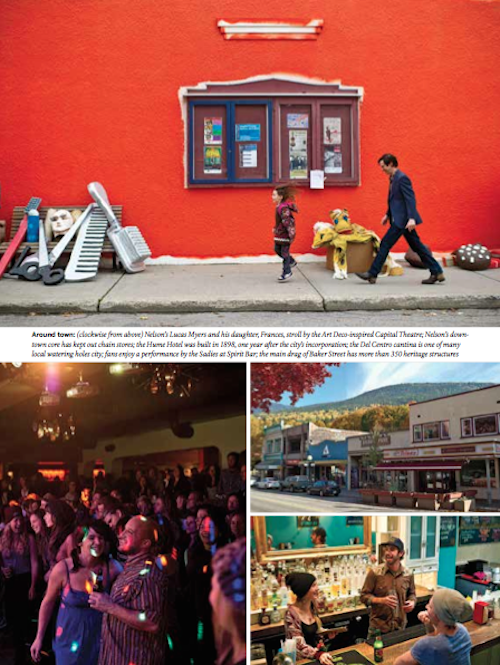 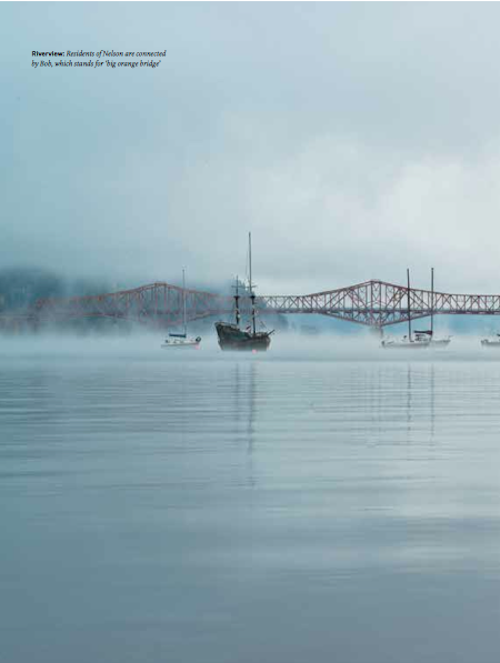