Too many party frocks? No such thing. Everyone knows it’s the season to swoon and swan.

My first party-dress fiasco was when I was seven. There were weeks of classes leading up to my Catholic confirmation, but I don’t recall any of this. Instead, I only remember the girls’ dresses: stark white, lacy and elaborate, with dainty white gloves, morose veils and the baby pumps now favoured by Suri Cruise. For a kid, it was dress-up heaven.

Not for me, though.

This was a little too Bride of Christ for my sensible parents, so I was forced into a plain white dress, knee-length, with soft polka dots and a sad single row of cotton trim. It was the childhood equivalent of wearing sweatpants to the prom.

“Most of us can remember at least something about our first childhood party dress,” writes Alexandra Black in her book The Party Dress. It’s a universal fashion truth: No matter whether you are rich or poor, devout or devoid of tradition, always ready for your close-up or horribly awkward in frills, the party dress is as necessary in your closet as it is in culture itself. “The idea of dressing up in special clothing for special occasions is as old as civilization,” says Black.

Which is exactly why I need so many. But as I lovingly packed my freshman semi-formal dress into a box headed to my new apartment—where I would be sharing closet space with a less-fashion-obsessed male—life felt a little less Say Yes to the Dress and a little more Hoarders. How could I ever explain?

First, count ’em: thirty-two party dresses. Nine are black; seven are red. The oldest is a sparkly vintage that predates Studio 54, and the newest is a red Jacob bargain—the perfect holiday dress—that insisted I buy it just last week. Some still work fabulously, others I’m hoping will cycle back into fashion, and others are so brutal and unflattering that I’m embarrassed to admit I once wore them. The only common thread? All invoke fond fuzzy memories.

Ah, here’s one: While I was folding T-shirts backstage at a television show, the on-air stylist arrived in—now, what are the chances of this?—the very same orange polka-dot frock I was wearing! I thought, ‘Wow! That’s awesome style synergy!’ I suspect she didn’t see it that way, but when she needed an assistant that afternoon, guess which lowly intern scored an immediate promotion? And that’s why I simply can’t toss my lucky orange dress.

Other dresses, however, don’t inspire the same warm memories. Take the very-form-fitting emerald-blue number that I bought specially for a Caribbean cruise—but couldn’t zip up after an entire week of all-inclusive seafood. Since I hate to discriminate—and plan on some day mastering the art of restraint (but not before New Year’s, that’s for sure)—snug blue still hangs with the others. In my closet, some dresses already have their memories made, while others, unworn, have memories in the making.

And once a dress has had its night, especially a magical one, it’s hard not to retire it to the occasion. Legend has it that Marie Antoinette, who changed her dress three times a day, almost never wore the same dress twice. Nor does Madonna. Marie knew—and Madonna knows—that the perfect dress, even if it’s only perfect for one night, has the power to transform you into whomever you want to be in the moment—dress-up for grown-ups, if you will. Despite our awkward childhood moments, says Black, “by adulthood, most women have realized with delight the pleasure and power inherent in that special dress.”

And so I save them, despite space and logic, as tokens of parts of myself. I even have my confirmation dress, which we eventually dyed pink so that I could wear it to school. It is worn out, was never in style and obviously doesn’t fit—but it’s still special, so I hang it proudly next to this season’s new additions. And next year’s fantasy find? A bigger closet. 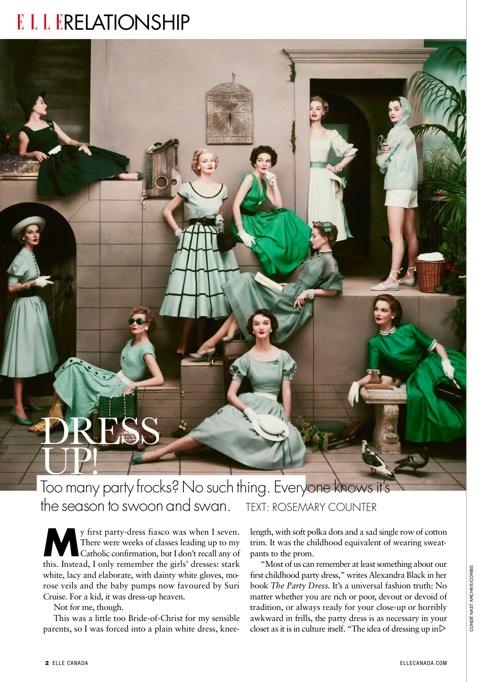 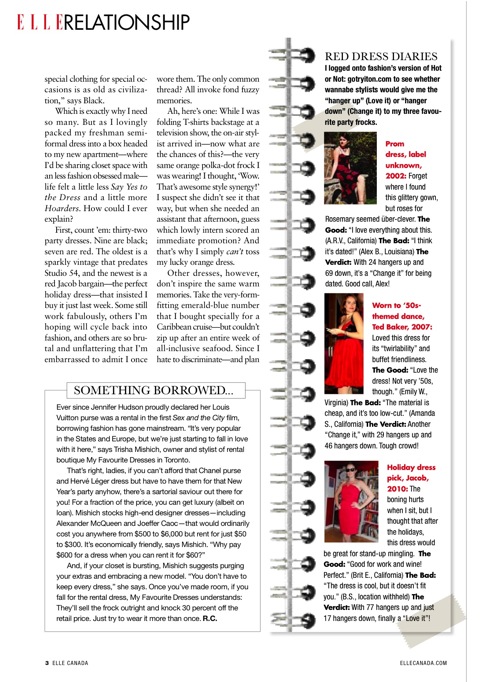 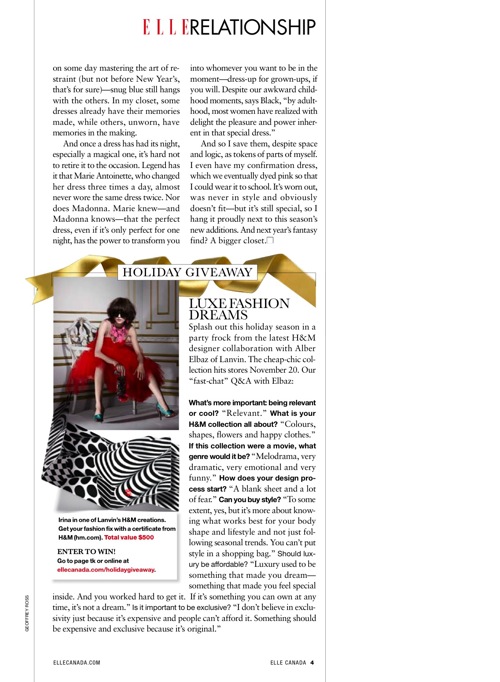