All Oprah, all the time.

April 2012 has been the month of Oprah! I know I talk and tweet about the O a whole lot—how I can’t work out without her and and how she reaffirmed my thriftiness and I loved it and how white girls are sad that we’ll never get to be on Oprah—but yesterday was the day I was on Oprah. Well, kind of.

But first, back up. When Opes announced she was headed to Toronto, I was lucky slash speedy enough to score two tickets. Eek! 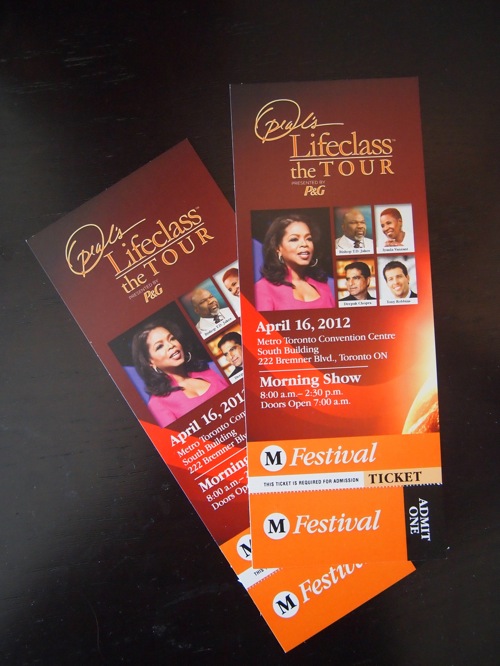 And because I’m a multitasker, I was also lucky slash manipulative enough to be assigned this Maclean’s piece on psyched superfans. 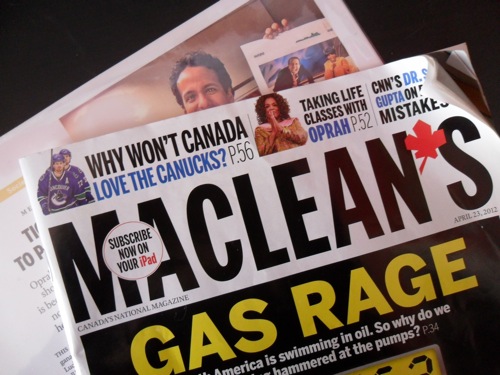 I interviewed some lovely fans who, despite my periodic journalistic cynicism, nonetheless welcomed me into the circle. Life lesson learned. 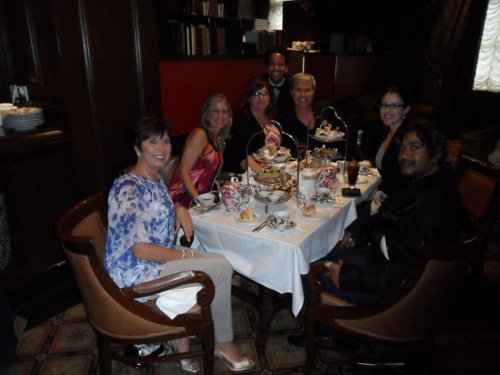 Oh shite, champers. The universal symbol for the exact moment things get awesome. 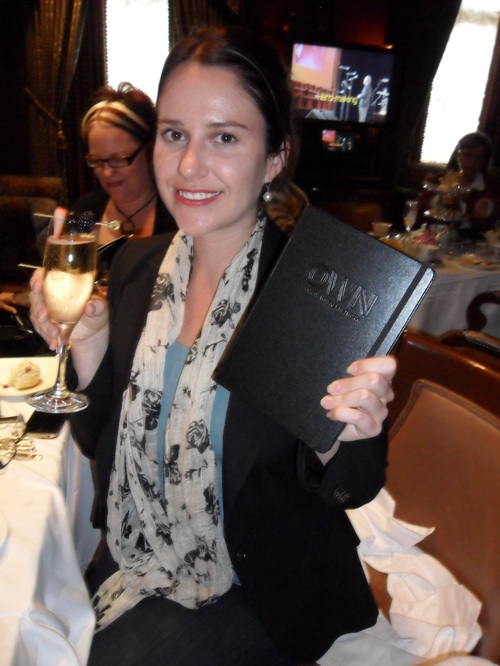 That would be my new Gratitude journal. The first thing I’m thankful for? 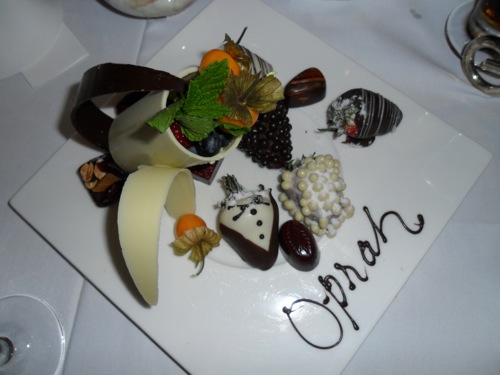 Answer: Oprahocolate. I can’t believe I haven’t thought of this. Sugar–not coffee, as originally predicted–turned out to be the key to morning survival on three hours sleep. Here are we are, cabbing one block just in case it rained, to get there bright and early. 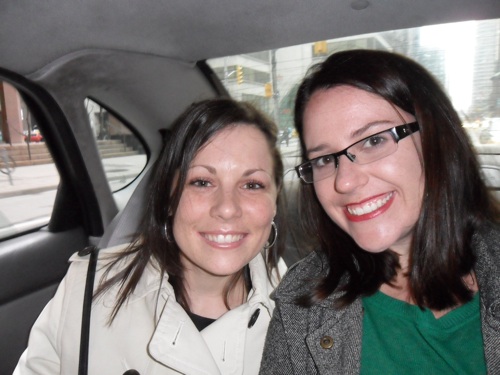 Turns out every lady in the city (and three men) had the same plan. 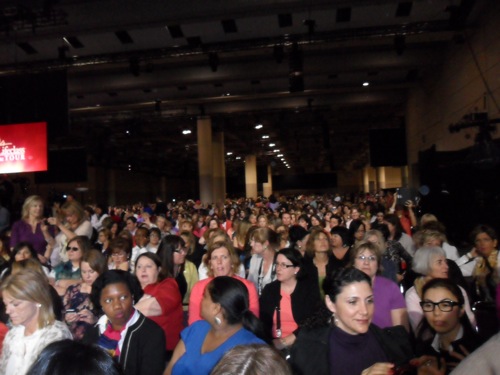 And finally, five hours after our arrival (but who’s counting?), she’s here! The theme is Gratitude, and I am grateful for my seats, the new friends I’ve made around me, and the wisdom to sneak in granola bars. 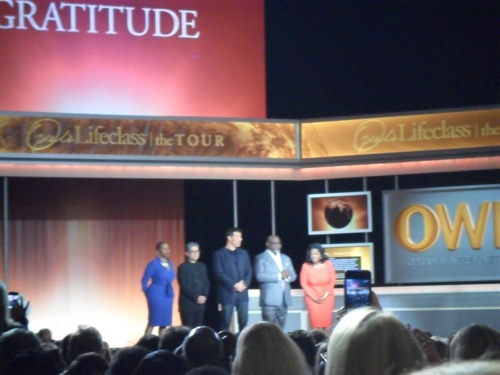 This is as close as I got to Oprah. Though I had previously had a foreshowing dream she’d come over, shake my hand, decide she likes my “spark” and adopt me into the OWN camp with my own show, this was still pretty good. Gratitude, people. 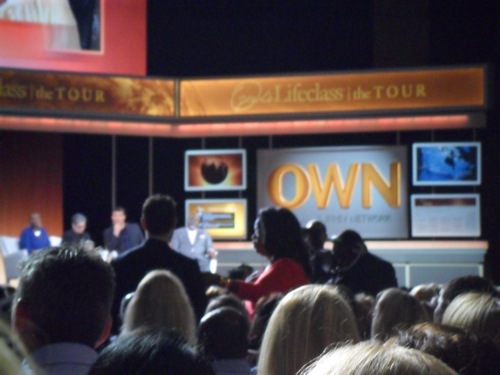 And just like that, after a month in the making, a big goodbye from Oprah. I already miss her. 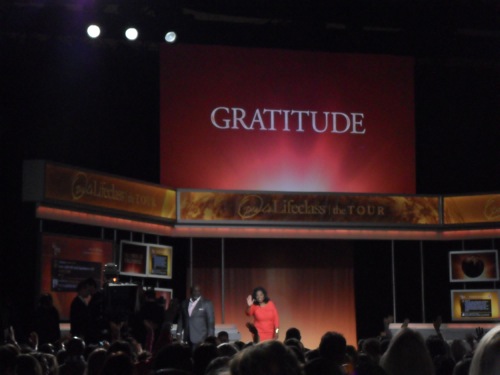 And then I went home and crashed out, missing the very show I had so obsessed over for weeks. Luckily, they put that stuff online. Thanks, Oprah! 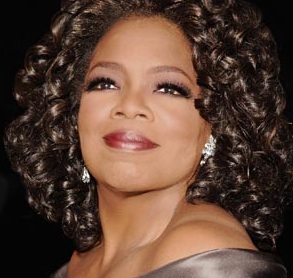