Really honoured and excited to be part of this Maclean’s project: a 10-week exploration into Canadian must-see hot spots! I’ve seen exactly one so far, and that was 20 years ago, but let’s just say my travel bug is itching like never before. Until then, I’ve been studying up like a fiend from home. That’s pretty good too.

First up is Annapolis Royal, North American’s oldest settlement don’t you know, and check in for ten whole weeks of this good stuff!

Update: Thanks to the magic of the Internet, fast-forward to week two: Nature’s hot tub, aka Liard River Hot Springs, and don’t you wish you were there right now? Winter won’t end.

You know how this goes now: Week three, Winnipeg. Also surprise modern architecture haven and one-time hub of the West. And now you know.

One month flies by! Week four takes us up North to Yellowknife, where Canadians are rockin’ a near-monopoly on the Northern Lights. That’s right, they’re ours.

Have the fondest childhood memories of Gaspe Rock, all with Roger Whittaker playing no less, which made a full circle in week five. Back at ya, Gaspe!

And head next to Fogo Island, the so-called edge of the Earth, the untouched and isolated spot off the coast of Newfoundland. They also have seasons you’ve never heard of and more berries than you can eat.

Since a best-of Canadian list would be BS without a rodeo, here it is, cowboys: Lethbridge, Alberta, hosts their annual Writing-on-Stone rodeo and damn right we were there to capture it.

And last but possibly best, or at least the most delicious, is of course Prince Edward County plus nature’s infinity pool. I’m there in spirit right now.

That’s all, folks! Thanks for the ride. 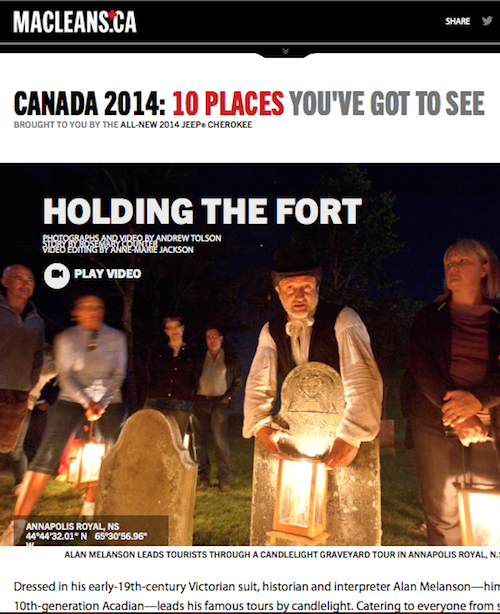